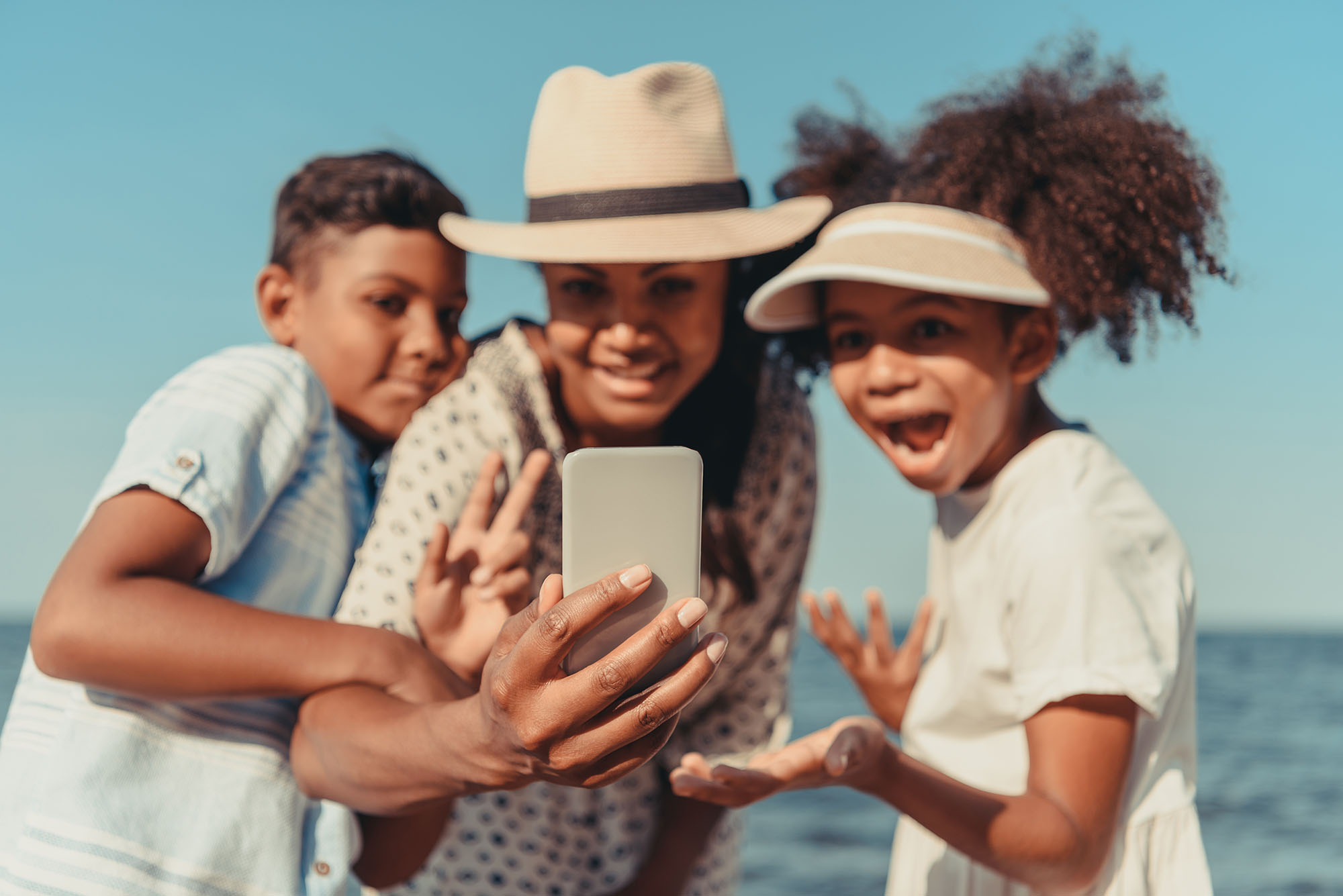 Five Things People of Color Should Know About Skin Cancer

A common misconception about skin cancer is that, because their skin contains a higher amount of melanin, African-Americans and people with darker skin don’t have to worry about exposure to the sun’s radiation. While it is true that skin cancer is far less prevalent in dark-skinned populations, experts say anybody can be at risk for the disease.

“Everybody is at risk for developing skin cancer,” says Naiara Abreu Fraga Braghiroli, M.D., Ph.D., a dermatologist at Miami Cancer Institute who specializes in skin cancer treatment that uses the latest technology to monitor and diagnose high-risk patients. “Yes, darker skin has more natural protection from higher amounts of melanin – equivalent to an SPF13 sunscreen, essentially – but they are still at risk of developing skin cancers.

Dr. Braghiroli says there are five things people of color should know about skin cancer:

Dr. Braghiroli says that 75 percent of skin cancers diagnosed in people of color are in areas that are not exposed to the sun, such as the palms of the hands, nail beds, soles of the feet, inside the mouth and/or the genitalia area. Due to the locations of these skin cancers, there is a higher mortality rate for people of color as diagnosis is often delayed. As such, self-exams are extremely important.

Dr. Braghiroli recommends conducting a self-exam at least once a month. Use a mirror, she says, and have a partner help you, if possible. “Pay close attention to areas not exposed to the sun, looking for new black/brown areas, asymmetrical moles, open wounds that don’t heal, and old scars that develop open wounds.” In addition to self-examinations, Dr. Braghiroli advises an annual screening by your dermatologist, whose trained eye may catch any spots you might have missed. People with higher risk factors should be screened more often, she says.

While people of color are less at risk for skin cancer caused by UV radiation, it’s important that they protect their skin  nevertheless. Sunscreen use can also protect people of color against hyperpigmentation, according to Dr. Braghiroli. She advises using a mineral-based sunscreen containing zinc oxide and/or titanium dioxide. “Mineral-based sunscreens  work like a shield, sitting on the surface of the skin and deflecting the sun’s harmful rays,” she explains.

The old mineral sunscreens would appear as a white coating, which could  create a chalky appearance on people of color. Dr. Braghiroli says that sunscreen formulations have evolved over the years and that today’s sunscreens are far superior, with some mineral sunscreens even offering a tinted color to match various skin tones.

Dr. Braghiroli advises using a sunscreen with a Sun Protection Factor (SPF) of at least 30. “Most people under-apply the correct amount, which is equivalent of one teaspoon for face, one for the chest/abdomen, one for the back, one for each arm and two for each leg,” she says. “Consider going with a higher SPF sunscreen and if you’ve been swimming or sweating a lot, make sure you reapply every 80 minutes.”

According to the Skin Cancer Foundation, “the estimated five-year melanoma survival rate for blacks is 67 percent versus 92 percent for Whites.” Additionally, people of color are more at risk for developing Acral Lentiginous Melanoma (ALM), which often appears in hard-to-spot places in the form of black or brown areas.

“Early detection is key in curing melanoma,” Dr. Braghiroli says, “so if you do find an unusual spot, changing mole or a wound that doesn’t heal, you want to see your dermatologist right away.”

Individuals who have 3 or more first-degree relative diagnosed  with melanoma are at a higher risk of developing melanoma themselves, according to Dr. Braghiroli. “Knowing your family history is very important,” she says.

Additional risk factors to be mindful of are having a lot of moles (more than 50), scars from a previous trauma, and chronic/open wounds. “People who have HPV, smokers, has an autoimmune disease or who are immunosuppressed are also at greater risk for developing skin cancer,” she says.

With skin cancer the most common type of cancer in the United States, it’s important to take preventative measures to protect your skin when outdoors for any length of time. Dr. Braghiroli says those precautions include avoiding peak sun exposure hours between 10am and 2pm – “Maybe let’s say 4pm here in Miami, where the sun’s rays are so much stronger than in northern latitudes,” she says – and wearing Ultraviolet Protection Factor (UPF) clothing, hats and sunglasses to protect your skin from the sun’s harmful rays.