Fireworks Safety Update for This 4th of July (With Infographic)

This year, if you’re planning to attend a gathering for the Fourth of July holiday, social distancing guidelines should be top-of-mind. But if fireworks are on the agenda, you also need to take “simple safety steps” when celebrating the nation’s birthday, says the U.S. Consumer Product Safety Commission (CPSC), which tracks fireworks-related injuries.

There were an estimated 10,000 fireworks-related, emergency department-treated injuries in 2019, with 73 percent of them occurring during the month surrounding the Fourth of July (June 21-July 21), the CPSC said in its new report released just before this year’s Fourth of July festivities.

The CPSC says that there have been 126 fireworks-related deaths nationwide between 2004 and 2019, with five deaths reported in 2018.

“Many Americans will not get to see the grand, professional fireworks displays this 4th of July given the cancellations of public celebrations and stay-at-home orders across the country. As an alternative, people are purchasing their own fireworks in an effort to recreate that tradition at home,” said CPSC Commissioner Dana Baiocco in a statement. “The need for safety awareness regarding fireworks is greater than ever. And anyone who plans to use consumer fireworks this year should review and follow CPSC’s simple safety tips to prevent injuries and incidents.”

Kids and young adults often become victims from mishandling fireworks (see infographic below for safety tips). Children younger than 15 years of age account for about one-third of injuries, the CPSC says. About half of estimated fireworks-related injuries are to individuals younger than 20 years of age.

“Even the most benign fireworks can potentially cause severe burns,” said Ricardo Castrellon, M.D., medical director of the Burn Center at South Miami Hospital. “Seek emergency care right away for any large blisters that form and for blistering burns to the face, hands, feet, genital area or on top of joints.”

Important fireworks safety tips are included in the infographic below. Infographic by Alexis Hartog 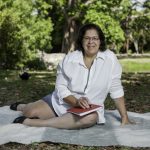 Learn Not to Burn: Taking Stock of Home Hazards