When Ethicon, a division of Johnson & Johnson, in July voluntarily recalled a tool gynecologic surgeons had been using to help remove uterine fibroids, doctors and women alike took note.

Ethicon’s recall of its power morcellators, used by surgeons since 1998 to grind up fibroids before removing them from a woman’s body through small incisions, was in response to an increasing number of reports that the shredding of the tissue, in some cases, was spreading a deadly type of uterine cancer, previously undetected in some women, throughout their pelvic cavity.

In a statement sent to Reuters about the voluntary withdrawal of the devices, the company said it wanted to allow time for the U.S. Food and Drug Administration (FDA) and the medical community to sort through the reports coming to light and establish further guidelines and technology to reduce the risk to patients. It’s important to note that other manufacturers of similar morcellators have not yet followed suit.

When the FDA convened a special advisory panel in July, doctors, statisticians and patients presented evidence that seemed to indicate morcellation during fibroid surgery was a lot riskier than previously thought.

“What the advisory panel uncovered was that the 1-in-1,000 risk we thought was solid was more like one in 350,” said Nicholas Lambrou, M.D., gynecologic oncologist and medical director of minimally invasive gynecologic surgery at South Miami Hospital. “That made the incidence of these occurrences much higher than before and signaled we should take a closer look at how we perform minimally invasive fibroid surgery.”

At a meeting of cancer specialists last week at MD Anderson Cancer Center in Houston, Ricardo Estape, M.D., gynecologic oncologist at the Baptist Health Center for Robotic Surgery, heard newly released evidence that places the risk at one out of 7,450 women with fibroids will have undetected uterine cancer spread through morcellation.

Dr. Lambrou cautions against creating panic among women who have had the surgery or those who need fibroid surgery to treat severe symptoms or infertility.

He also differentiated between individual fibroids being removed after morcellation and a hysterectomy, where the uterus – unaffected by fibroids – is morcellated for easier removal. The latter procedure does not pose the same risks.

“The tissue of fibroids and this deadly form of uterine cancer, leiomyosarcoma, cannot be told apart, except through pathology testing,” he said. “That makes the argument for not morcellating in high-risk populations pretty strong.”

Dr. Lambrou notes too that the morcellation doesn’t cause uterine cancer, it’s that this type of uterine cancer mimics fibroids, so you can’t be sure that what you’re shredding is strictly fibroids or cancer cells, too.

Dr. Estape says that some tests prior to surgery are showing some promise detecting leiomyosarcoma so that morcellation can be avoided. These include taking a biopsy of the uterine tissue to test for cancer cells and MRI, which can show abnormalities. Freezing the tissue in a surgical setting and having a pathologist look at its properties under a microscope to determine the presence of cancer cells, Dr. Estape says, also helps the surgeon determine whether morcellation can be performed.

“Evidence discussed at last week’s meeting in Texas suggests these tests could possibly reduce the risk of spreading leiomyosarcoma through morcellation by 80 to 90 percent, but this is very early evidence,” Dr. Estape reported.

Since the news broke, Dr. Lambrou has fielded many questions from concerned patients. And while he still stands by a robot-assisted or laparoscopic approach to getting to the fibroids that affect his patients’ quality of life, he offers an alternative to morcellation – a smaller incision along the bikini line to remove the fibroids intact from his patients.

“Morcellation evolved through our use of minimally invasive surgery,” he said. “Patients do tend to recover better and have better fertility outcomes when there’s less surgical trauma to the abdominal tissue. So, just like we adapted surgical techniques to gain access to the fibroids, now we need to adapt our techniques to remove them.”

Dr. Lambrou says that the discussion about morcellation will help better technology evolve. Containment systems that keep the shredded tissue from being dispersed to other tissues in the pelvis are being developed, as are diagnostic tools for detecting leiomyosarcoma and other uterine cancers.

For now, though, he suggests women have frank conversations with their doctors about their concerns and their medical histories.

“The best prevention for spreading any type of uterine cancer is early diagnosis,” he said. “These discussions will raise awareness among patients and doctors alike and may ultimately save lives.” 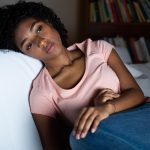