When the prostate is enlarged, it can block or disrupt the normal function of the bladder. For many men with benign prostatic hyperplasia (BPH) — more commonly known as an “enlarged prostate” — needing to urinate frequently is a common symptom that leads to numerous bathroom trips throughout the day and persists several more times at night, interrupting sleep cycles.

Furthermore, BPH can lead to decreased bladder emptying and feeling a need to urgently urinate. 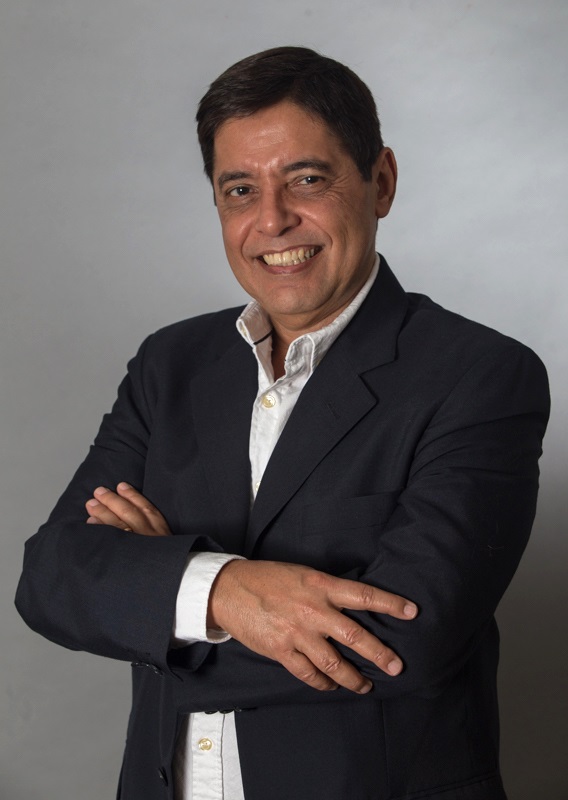 Reinaldo Javier Muñiz, 65, is very familiar with BPH symptoms and the medications to treat the condition. He experienced the side effects of BPH for years in Venezuela before relocating to South Florida in 2016. A medical internist and psychiatrist back in Venezuela, Mr. Muñiz is certified as a life and professional coach here in Miami, and works with Spanish-speaking patients worldwide.

In December 2018, his symptoms would intensify after he was diagnosed with two types of bacteria. “I had very resistant bacteria and was on antibiotics for a full year,” recalls Mr. Muñiz. How bad did the symptoms get?

After a couple of referrals, Mr. Muñiz would consult with Brian Schiro, M.D., vascular/interventional radiologist at Miami Cardiac & Vascular Institute, and medical director of the Baptist Hospital Peripheral Vascular Lab. Imaging tests and a biopsy ruled out cancer. So, there was one clear option — a minimally invasive procedure — to help return Mr. Muñiz to a full and normal life.

Prostate Artery Embolization: How it Works

“Dr. Schiro proposed doing a PAE (Prostate Artery Embolization),” recalls Mr. Muñiz. “I then bought three books about the procedure and read up about it before going through with it. I was treated with great kindness by the office staff of Dr. Schiro.”

Prostate artery Embolization, or PAE, is an outpatient procedure done by an interventional radiologist who places a catheter into the arteries that lead to the prostate gland. A solution containing thousands of microscopic plastic beads is then injected, with the aim of blocking the blood supply to the gland. A PAE involves only a quarter-inch hole in the skin and general anesthesia is not needed.

In the United States, PAEs have been performed for about five years — and men who have persistent symptoms from medically treated BPH are increasingly turning to this procedure, says Dr. Schiro.

“For most men, PAE is a viable option when they have significant symptoms,” explains Dr. Schiro. “Most patients with BPH have some mild symptoms that can be treated with medications. But once they get to the point where they have moderate to severe symptoms, those are the ones that are going to be best treated with this type of procedure.  This is an alternative to TURP (or Trans-Uretheral Resection of the Prostate), which is a surgical procedure that requires a much more invasive approach.”

Last May, Mr. Muñiz underwent a PAE with no complications. “The first week after the procedure was not as bad as I was told it could be,” he recalls. “I had some discomfort and urinated a small amount of blood at the beginning, but I did not have any serious issues like fever or intense pain. By the second and third day, I kept getting better. And a week later, I was back to work partially, sitting down.”

Mr. Muñiz recalls how the medications he had to take before undergoing the PAE were restricting his quality of life. One of those meds, an “alpha blocker,” is used in combination with other drugs to treat prostate problems. It would at times lower his blood pressure and increase his heart rate and make it unbearable to go swimming, which is one of his passions. But those days are behind him.

“My life has changed completely,” he says. “No more medications since two weeks before the procedure until today. I am exercising and my heart rate is better than ever.”

Prostate-specific antigen (PSA) tests that most men over 40 take annually measures a protein made by cells in the prostate gland (both normal cells and cancer cells). Normal PSA levels usually fall below 4 ng/mL. Mr. Muñiz’s PSA level reached 18.8 ng/mL before his PAE. Months after his procedure, his PSA level is below 2 ng/mL.

“All of his symptoms resolved after we did the PAE,” said Dr. Schiro. “He was able to come off his medications and his quality of life significantly improved afterward.”