When Baptist Health acquired eICU technology to establish centralized remote monitoring of critical care patients, it was the first hospital system to do so in the Southeast.

That was 2005, when these multi-million dollar investments in telemedicine were starting to take shape nationwide.

What followed was Baptist Health’s advancement of eICU’s potential to improve the care of patients, 24 hours a day.

Eight years later, Baptist Health is still the only system in the region with a remote command center staffed by critical care nurses and physicians who fully monitor patients around the clock.

eICU has also expanded its functionality and is now also monitoring some “progressive care” units, which is something that many such systems around the country do not do. In addition, there are five mobile units that are located inside the emergency departments used to support the care of patients who may need ICU care while waiting to be admitted.

Progressive care patients do not need “intensive care,” but they require more nursing oversight than what is usually provided  in standard hospital nursing units. .

Before expanding the scope of any system, healthcare technology requires analysis of current effectiveness.

In 2012, a three-year observational study of Baptist Health’s eICU was published in the journal Critical Care Medicine. The results found that Baptist Health’s commitment to eICU has proven its worth.

The study was comprehensive. It included the review of records from 24,656 adult eICU patients.

The study went beyond stats and figures. There were also surveys of patients and family members to gauge their perception of the eICU experience.

The surveys found that patients and family members had a stronger sense of “feeling watched over” and being treated as an individual after bedside staff fully explained the features and benefits of the eICU, including being shown the camera, speakers, microphones and alert button.

The study served not only as a look into the past and present, but a guide for improving the eICU experience.

When eICU went live eight years ago, monitors at the eICU command center miles away from the hospitals were one-way, meaning that eICU staff could monitor the patient but there was no way for the patient to see the eICU staff. That’s no longer the case.

“All hard-wired rooms and our six mobile carts now use two-way video,” said Beth Willmitch, eICU’s director of operations. “We can see the patient and they can see who is looking at or talking to them. As a follow-up we are surveying patients/families and staff again to be sure we stay in touch with their   perceptions of their care.”

Two-way video is seen as a way to increase the comfort level of patients and family members, Willmitch said.

eICU programs have evolved from the original concept of using the latest technology to augment a limited number of critical care physicians. It is now a more complete monitoring system with teams of physicians, nurses and pharmacists who are all a part of a comprehensive model of care.

“As technology and usage of these kinds of programs move forward, these changes create opportunities to improve the care experience and outcomes of patients and families,” Willmitch said. 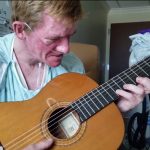 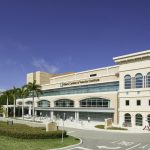 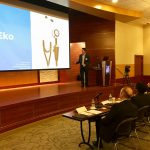