Disparity in Care, Doses of Change

Untreated medical problems can show up as inattention, poor grades and other problems in the classroom, she says.

“When I actually delve deeper, I’ve discovered that some kids have never seen a dentist and have multiple cavities and tooth decay. They aren’t paying attention in school because they are in pain,” she says.

Treatable illnesses, such as diabetes, hypertension and cancer, can become unmanageable or fatal when patients lack access to affordable healthcare, according to  Leonard Zwerling, M.D.,  who chaired the Healthcare Disparity Committee at South Miami Hospital.

“In our community, there is a population that is underserved. Many of the medically impoverished do not have access to healthcare, wellness, transportation or follow-up care,” Dr. Zwerling says. ”They don’t eat properly. They can’t buy medicine. They wind up in our ER for primary care. When they leave the hospital, it’s like falling off a cliff, and they don’t have a safety net.”

To help create a safety net, South Miami Hospital in 2007 joined with the City of South Miami to establish South Miami Children’s Clinic, a free neighborhood clinic for uninsured children who live in South Miami. The hospital, through private donors led by James and Susan Carr, contributed to the $500,000 restoration of a building on the grounds of Murray Park and continues to support the clinic financially.

“My main goal is to deal with patients who are uninsured to get them some type of insurance to generate access to care,” Dr. Scott says. “Once I get them on insurance, the goal is continuity of care. They can come to my clinic for continuity. I want to establish a medical home for tracking every aspect of their medical problems. They don’t have to wait to visit the Health Department or ER for care.”

Children who need tests and treatment beyond what the clinic can offer will get them for free at a Baptist Health facility. Baptist Children’s Hospital will care for clinic patients who need hospitalization.

This is the same arrangement Baptist Health has with three other free clinics, including Open Door Health Center in Homestead, according to Nilda Soto, M.D., medical director of that clinic.

Founded in 2001, Open Door clinic is for the uninsured poor and provides 40 hours of medical services a week, including preventive care, vaccines, mammograms and  complete physicals, Dr. Soto says.

In the U.S., there are about 1,200 free or charity-run clinics, according to the National Association of Free and Charitable Clinics (NAFC).  A whopping 83 percent of those patients are from “working households,” where there is income, but not enough to afford healthcare, according data from NAFC.

“There are a lot of working poor among the uninsured. Their diseases are diagnosed too late–diagnosed when there are already symptoms,” Dr.  Soto says.

What factors add to the problem?

Even with Medicare and Medicaid, there are several reasons why needy families lack access to care:

What are the consequences?

Without preventive care, chronic illnesses can lead to major complications that often require hospitalization, with high re-admission rates because of the lack of follow-up care, Dr. Zwerling says.

“By law, patients have to be treated in the emergency room. So many poor people use ER for treatment and preventive care. But the cost of caring for the poor in this manner is added to the cost everyone pays for healthcare,” Dr. Soto says.

Federal and community programs are targeting some of the disparities and the underlying issues such as illiteracy, labor woes and lack of transportation. The South Miami Children’s Clinic, for instance, offers tutoring and reading programs. The Open Door Health Center provides fitness and wellness programs. At South Miami Hospital, Dr. Zwerling successfully led an initiative to get uninsured patients a free 30-day supply of medicine after hospital discharge.

“It’s going to take a long time, but I feel there is hope,” Dr. Soto says. 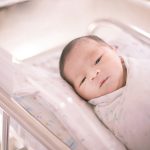 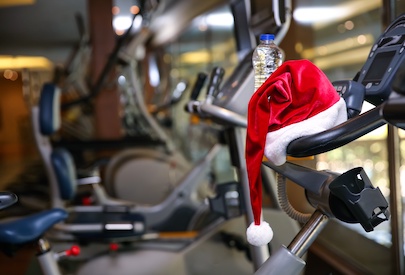 10 Tips for Avoiding Weight Gain During the Holidays 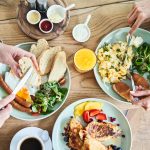