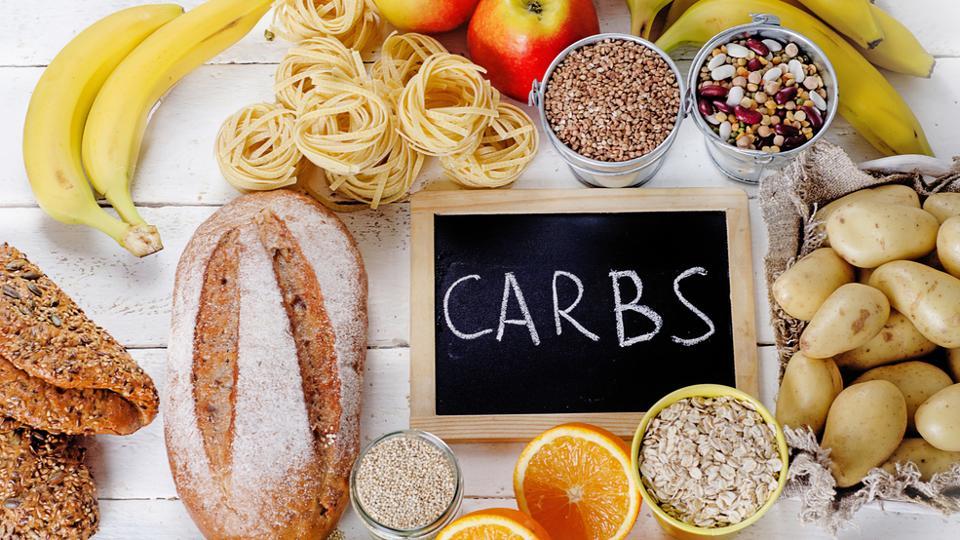 To an individual with diabetes, carbohydrates, or “carbs,” serve a key role in their everyday lives. Carbs represents the main nutrient that readily converts into glucose, or sugar, in the bloodstream for energy. And it’s carbs that can easily fuel spikes in blood sugar levels, causing issues for people with diabetes.

For that reason, choosing the right carbohydrates — and controlling the amount consumed — is one of the best approaches to prevent and manage diabetes. What type of carbohydrate foods are important for managing diabetes? And how much is considered healthy?

Controlling blood glucose levels is dependent on several factors, including how much carbohydrates you eat, how much insulin your body produces and how well your body responds. Insulin is a naturally occurring hormone secreted by the pancreas. Many people diagnosed with type 1 diabetes, and some with type 2 diabetes, are prescribed insulin, either because their bodies do not produce insulin (type 1 diabetes) or do not use insulin properly (type 2 diabetes).

Types of Carbs
There are “simple” and “complex” carbohydrates. Simple suggest that they are broken quickly for energy, raising your blood sugar more easily. Simple carbs, can apply to natural foods like fruits and milk as well as refined-sugar products, such as cookies, pastries and other desserts as well as sweetened drinks. The latter are the least nutritious.

On average, Americans consume about 13 percent of daily calories from “added sugars,” that’s the sweet stuff many people add to their coffee or is found in sweetened beverages. These simple carbs, especially sugary sodas and other drinks, have helped contribute to the obesity epidemic in the U.S.

Healthy Carbs
Complex carbohydrates, or the “healthy carbs,” take longer to break into glucose, either from their molecular structure or because they have higher fiber quantities, which helps slow down the rate at which carbs are digested and the rate at which they raise your blood sugar. These carbs also tend to be more nutritious.  Most of us know what the healthy carbs are: plant foods that deliver fiber, vitamins, minerals, and phytochemicals, such as whole grains, beans, vegetables, and fruits. The naturally occurring sugar in whole fruits is healthy because it is loaded with fiber, antioxidants and other important nutrients.

“Complex carbohydrates take longer to turn into sugar,” says Carla Duenas, registered dietitian with Community Health at Baptist Health South Florida. “For example, brown rice takes a bit longer to turn into sugar because of the fiber, which is the gatekeeper — it controls the blood sugar from rising too much or too fast. Even better when eaten as part of a balanced meal, like with protein and salad”.

In contrast, white rice can have the same amount of carbohydrates but it’s going to spike blood sugar much faster and higher because it lacks the fiber. “This is an important distinction for someone with diabetes who needs to control their blood sugar,” she adds.

Ms. Duenas points out that some people with diabetes are “scared” of eating fruits because they know that they contain sugar. “But a whole fruit is different,” Ms. Duenas explains. “Again, it’s because of the fiber that a glass of orange juice is not the same as an orange.  A whole orange will provide a small amount of sugar paired with fiber, while a glass of juice contains the sugar of 5-6 oranges without fiber” For this reason, fruit juices, even if unsweetened are not healthy for anyone, particularly  for people looking to manage their blood sugar levels.”

The Right Amount of Carbs
The quality of carbs we consume is very important, but quantity is also key, she adds, especially for people with diabetes.

“Brown rice is healthier because it’s a whole grain and it has fiber,” says Ms. Duenas. “But if a person eats three cups of brown rice, they’re still going to get a blood sugar response that’s too high, and too fast as well. So it’s both the quality and quantity that are important.”

“When it comes to eating out, most restaurants provide a whole grain alternative,” says Ms. Duenas. “Always ask if they have a brown rice or whole wheat pasta or crust option, for example. It’s not the end of the world if they don’t, just make sure the meal also contains salad or vegetables and a lean protein. Unfortunately, most restaurants are going to give you too many carbohydrates so portion control will be key in this case.”

According to the American Diabetes Association (ADA), the following are good sources of dietary fiber:

The ADA says these plant-based protein foods provide quality protein, healthy fats, and fiber. They vary in how much fat and carbohydrate they contain, so make sure to read labels.