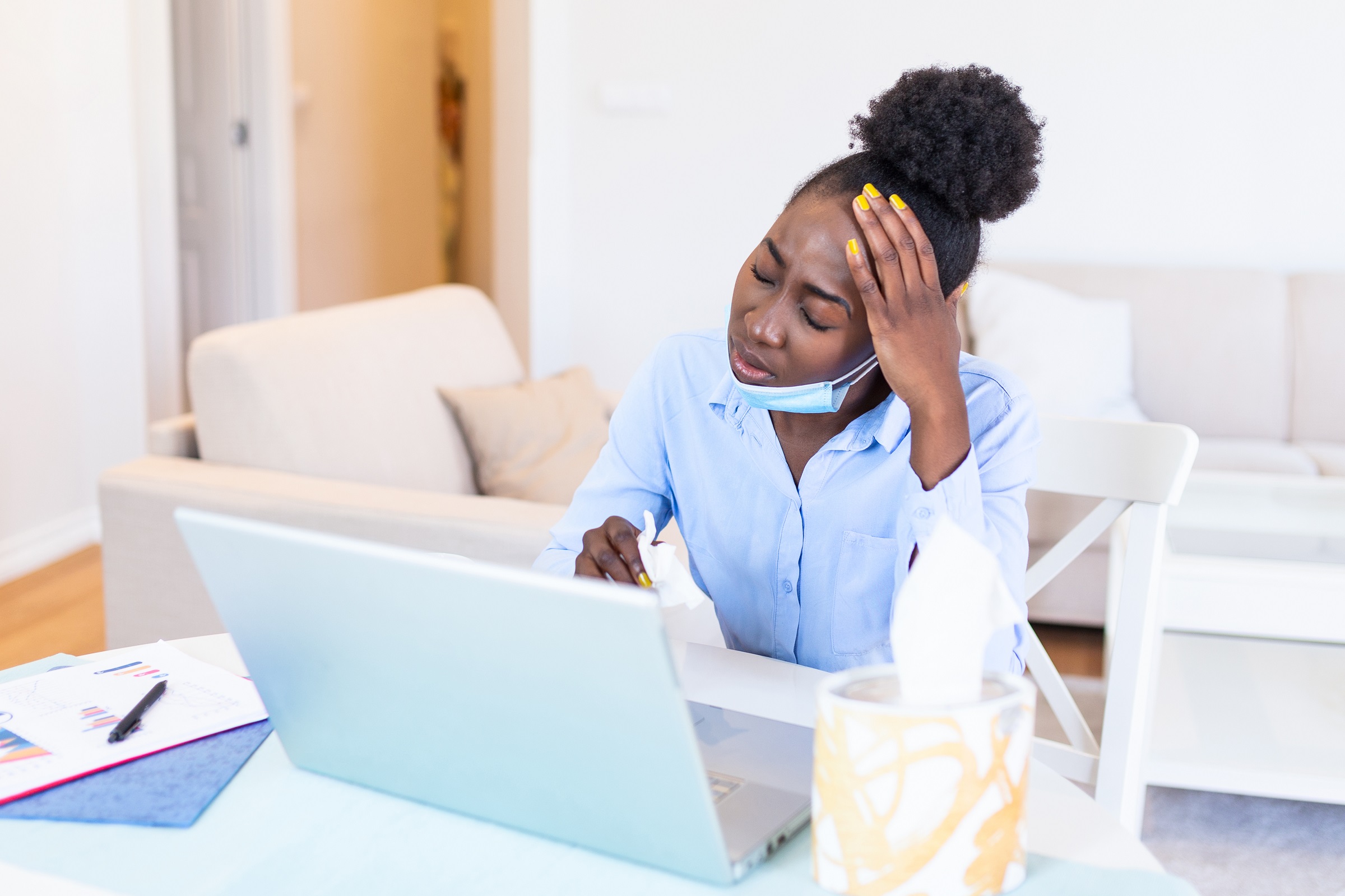 Nearly one-third of people who contracted COVID-19 had lingering symptoms for a median of six months after initial symptoms appeared, according to a new study published in JAMA Network Open.

Those with so-called “long COVID” have come to be known as “long haulers.” In the newest study, these COVID-19 patients initially experienced a wide range of symptoms — from asymptomatic to severe. The most common lingering symptoms: fatigue and loss of smell or taste, said the co-authors of the study from the University of Washington in Seattle.

Earlier long-COVID studies have focused mostly on lingering symptoms in hospitalized COVID patients. The University of Washington researchers said their study stands out because most participants were outpatients, with 90 percent of them reporting a mild COVID-19 illness. Nonetheless, about one-third continue to have some symptoms, they said. The average age of the 177 Seattle-area patients tracked in the study was 48 years.

The study concludes: “Our research indicates that the health consequences of COVID-19 extend far beyond acute infection, even among those who experience mild illness. Comprehensive long-term investigation will be necessary to fully understand the impact of this evolving viral pathogen.”

In a press briefing this week, Anthony Fauci, M.D., the chief medical adviser to President Biden and a member of the White House Coronavirus Task Force, said that “long COVID” symptoms include: “fatigue, shortness of breath, sleep disorders, fevers, GI symptoms, anxiety and depression, and what some have been referring to as brain fog, or an inability or a difficulty in concentrating or focusing.”

In a separate study released in October, an analysis by researchers at King’s College London found that 1 in 20 people with the coronavirus are likely to suffer symptoms for at least eight weeks. Researchers looked at data from 4,182 users of the app who had tested positive for the virus and had been consistently logging their symptoms. Older or overweight people, women, those with asthma and those with a wider range of symptoms in the first week of being sick were more likely to develop “long COVID,” the London researchers concluded.

The two approved COVID-19 vaccinations can help prevent symptoms or severe illness, but can they prevent infection? There has been no conclusive evidence by researchers to answer that question.

But at least one new study is providing hope that the vaccines can actually prevent infection as well as illness. A team at the Mayo Clinic health system reviewed the cases of more than 31,000 people across four states — Minnesota, Arizona, Florida, and Wisconsin — who had received at least one dose of either available vaccine. They found that the vaccines were 80 percent effective in preventing infection 36 days after the first dose.

The vaccines seemed to help prevent infection for 75 percent of participants 15 days after the first dose, and for 89 percent of those vaccinated from 36 days after the second dose, according to researchers. The study has yet to be peer-reviewed.

The research is considered one of the first large-scale reviews of how well the vaccines perform in preventing COVID-19 infection. The team used a special “software package” to scan the medical records of early vaccine recipients at Mayo Clinic facilities.

Both vaccines require two doses and received emergency use authorization from the U.S. Food and Drug Administration in December. The vaccine developed by Pfizer-BioNTech had an efficacy rate of 95 percent during its Phase 3 clinical trial, while Moderna’s vaccine reported an efficacy rate of 94 percent in its late-stage study. Both efficacy rates reflect the respective vaccine’s ability to prevent serious symptoms.

Concerns over the effectives of currently approved vaccines against emerging COVID-19 variants has prompted the U.S. Food and Drug Administration (FDA) to create new guidance that would authorize a vaccine modified to fight variants — without lengthy clinical trials.

The updated guidance, published on the FDA’s website, would authorize the modified vaccines as an amendment to the vaccine maker’s originally approved “emergency use application,” according to the FDA. The company would still need to submit new data to the FDA that shows the modified vaccine produces a sufficient immune response and is safe to use. That’s similar to the process for annual flu vaccines, which do not require time-consuming clinical trials.

“Preliminary reports from clinical trials evaluating COVID-19 vaccine candidates in several countries, including South Africa, have contributed to concerns that the vaccine may be less effective against variant B.1.351 than against the original virus,” the FDAA states in reference to the COVID-19 strain that originated in South Africa. “Therefore, there is an urgent need to initiate the development and evaluation of vaccines against these (COVID-19) variants.”

The manufacturers of the currently authorized vaccines, or candidates in late-stage trials, have announced plans to modify their products to fight the vaccine variants.

“We want the American public to know that we are using every tool in our toolbox to fight this pandemic, including pivoting as the virus adapts,” said the F.D.A.’s acting commissioner, Dr. Janet Woodcock, in a statement.