During her dominance of women’s tennis in the 1970s and 80s, former world number one and 18-time Grand Slam champion Chris Evert faced down many impressive adversaries on the court. Throughout her remarkable run, Ms. Evert was tested many times, but never like she’s been tested this past year since being diagnosed with ovarian cancer.

Now 67 – yes, it’s been nearly 50 years since she won her first French Open and Wimbledon titles at the age of 19 – Ms. Evert took to Twitter in January to share the news. “I wanted to share my stage 1 ovarian cancer diagnosis and the story behind it as a way to help others. I feel very lucky that they caught it early and expect positive results from my chemo plan.”

According to the American Cancer Society (ACS), ovarian cancer ranks fifth in cancer deaths among women, accounting for more deaths than any other cancer of the female reproductive system. Nearly 20,000 women will be diagnosed with ovarian cancer in the United States this year, it says.

Ovarian cancer is more common in white women than African American women, and tends to be diagnosed mostly in older patients, the ACS says. Roughly half of women diagnosed are over age 63, but it can develop in much younger women, too. Early cancers of the ovaries often cause no symptoms, according to the ACS. As a result, only about 20 percent of ovarian cancers are found at an early stage, which is when they are most treatable.

Ovarian cancer is most often discovered by accident, according to Louise E. Morrell, M.D., medical director of Lynn Cancer Institute at Boca Raton Regional Hospital, which is part of Baptist Health. “It’s growing inside of the ovary or fallopian tube where nothing can see it, then it starts shedding cancer cells into the abdomen very early in the process,” Dr. Morrell explains. “That’s why it’s so important to identify as early as possible those women who are predisposed to this type of cancer and, if it is diagnosed, to act quickly and decisively.”

After losing her sister, Jeanne Evert Dubin, to ovarian cancer in 2020 at age 62, Ms. Evert, learned from a genetic report that her sister may have had a predisposition to certain cancers, so she decided to undergo testing herself. Ms. Evert’s experience offers an important lesson for women of all ages, according to Dr. Morrell.

“While I don’t know Ms. Evert personally, as a medical oncologist I appreciate her willingness to share her story,” says Dr. Morrell, who has spent the better part of her career focusing on the genetics of cancer.

What role did genetics play in Ms. Evert’s ovarian cancer? Some cancers are sporadic, Dr. Morrell explains, which means their origin is not traceable to genetic factors, while others can be tied to genetic mutations such as the BRCA1 gene.

“When we find a cancer gene, it’s usually not responsible for just one type of cancer, and that’s the case with BRCA1, which causes both breast cancer and ovarian cancer,” Dr. Morrell says. “Genetic testing allows us to identify those who are most at risk for these cancers, and to tailor even more effective therapies for those who do develop the disease.”

When Ms. Evert’s sister was diagnosed with ovarian cancer, there was apparently nothing to suggest that the variant of the BRCA1 gene had caused her cancer. But genetic testing has come a long way in the past few years, according to Dr. Morrell, and by the time Ms. Evert went back for another test in January, the test had been enhanced in a way that allowed her doctor to confirm that she did indeed have the same BRCA1 gene that led to her sister’s death two years earlier.

“And because Ms. Evert’s testing was done at a cancer genetics center, the lab was able to re-test previously obtained samples and notify Ms. Evert’s physician as soon as the new analysis came in,” Dr. Morrell says. Armed with this knowledge – and understanding that this particular genetic mutation placed her at a much higher risk for developing cancer herself – Ms. Evert opted to undergo a preventive hysterectomy earlier this year.

Her decision was a wise one. A biopsy of Ms. Evert’s ovary following removal showed stage 1 cancer, meaning the malignancy was detected in its earliest stages and did not appear to have spread to other organs. Just in case any errant cancer cells had been shed outside of the uterus, Ms. Evert underwent six courses of chemotherapy earlier this year, which she says she completed in May.

“I’m a little out of it (meds) but nonetheless, thankful and relieved I finished my six chemo treatments,” Ms. Evert tweeted at the time. Unlike her sister’s cancer, which had already spread throughout her body when it was first detected, Ms. Evert’s cancer was caught and treated early enough that she should be able to enjoy complete recovery, her doctors say.

Genetic testing: “It’s not just about getting your result mailed to you”

Dr. Morrell says that Ms. Evert’s experience is even more reason to seek cancer care at a cancer center such as Lynn Cancer Institute, which has a well-established genetics program and offers comprehensive screening and treatment options, all under one roof.

The BRCA gene that causes breast cancer also causes ovarian cancer so women need to screen for both, Dr. Morrell advises. More importantly, she says, if your genetic test reveals you have a variant, you need to stay in touch regularly with your doctor and the lab. Don’t just look at your genetic test as a “one and done” measure and then file it away, she says.

“It’s not just about getting your test result mailed to you,” cautions Dr. Morrell. “We’re always making progress in understanding and treating cancer and, as the science advances, you want to make sure you have the most accurate and up-to-date understanding of your own personal risk,” she says. “Doing that made all the difference for Ms. Evert.”

According to Dr. Morrell, the current recommendations are that any women who has ovarian cancer herself or has it in their family history should undergo genetic testing for those inherited genes that can cause this type of cancer.

“If you have a family history of ovarian cancer, get tested for the gene and urge others in your family to do the same,” advises Dr. Morrell. “If your test reveals you have the gene, your odds of developing cancer jump dramatically, from just one or two percent to 40 percent.”

Dr. Morrell reminds women that the best approach to ovarian cancer continues to be awareness and prevention. That means knowing your risks and acting decisively if you do get a diagnosis, says Dr. Morrell.

Some women, faced with life-threatening disease or a high probability of developing ovarian cancer or breast cancer, opt to have those organs removed prophylactically, through preventive surgery, Dr. Morrell says.

“With genetic testing, we can now identify those women who are at risk for developing ovarian cancer, or breast cancer, and prevent that cancer from happening,” she says. “But once it’s diagnosed, you have to move fast because it will continue to spread rapidly. Wait too long and we run out of treatment options.”

In conjunction with Lynn Women’s Institute, Lynn Cancer Institute this year will launch the Morgan Pressel Center for Cancer Genetics, which aims to make genetic testing accessible to even more women, according to Dr. Morrell.

While ovarian cancer isn’t usually seen in women younger than their forties, breast cancer can occur from age 25 and up, Dr. Morrell notes. “We encourage women to begin their genetic testing before they hit 40, and that’s something they can easily do here, along with their other regular screenings.”

Supported by American professional golfer and Florida native Morgan Pressel, the new center promises to keep Lynn Cancer Institute at the forefront of cancer care in the region. “Now we can really make a difference, and your information can positively impact generations of women to come,” says Dr. Morrell.

As for Ms. Evert, she said she hopes her story inspires women to be aware of their bodies and to get screened for cancer before it’s too late. “We need to have these conversations,” Ms. Evert said in an interview following her sixth and final session of chemotherapy in May. “Ovarian cancer is a very deadly disease. Any information is power.” 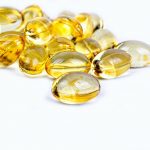