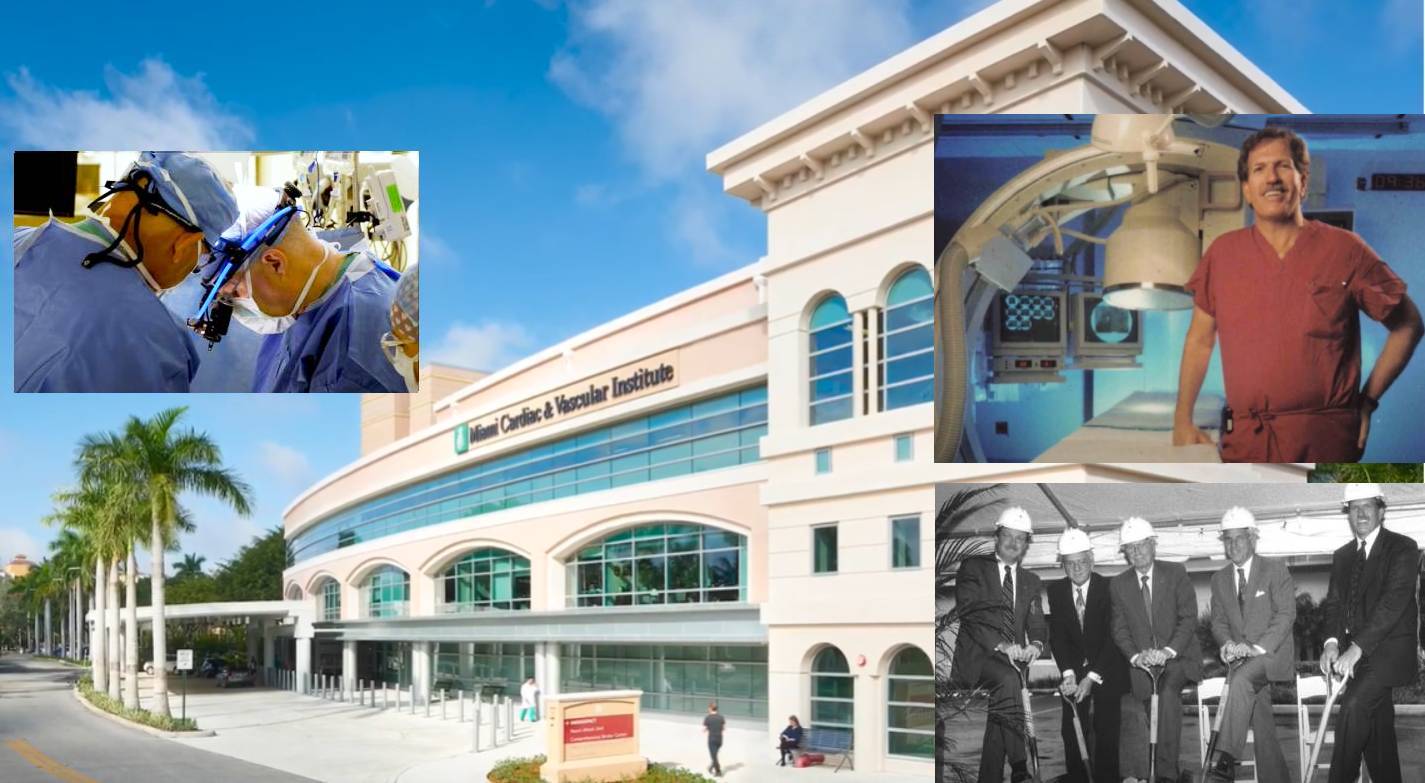 Miami Cardiac & Vascular Institute was born in two windowless rooms tucked behind Baptist Hospital’s Emergency Center. It was the brainchild of interventional radiologist Barry Katzen, M.D., a self-described “disruptor” whose out-of-the-box ideas challenged the day’s conventional approaches to caring for patients. As such, the fledgling Institute embraced innovation as one of its key pillars.

That spirit endures today, 35 years later, in the Institute’s determination to push the boundaries of cardiovascular medicine in order to develop better, faster, safer and more creative tools and techniques for saving lives.

(Watch our video, a chronicle of 35 years of leadership, innovation and expansion in cardiovascular care at Miami Cardiac & Vascular Institute. )

The Institute’s beginnings may have been modest, but the ideas behind it were huge. Dr. Katzen was among the first physicians who pushed for treating the heart and vascular system as one entity, a transformative concept at the time. When he came to Baptist Hospital, he was also one of the nation’s leading advocates for less invasive treatment options that used image-guided wires and catheters to access problem areas without having to cut patients open.

“Now those things are standard-of-care,” Dr. Katzen says, although that was far from the case in the beginning. “This continuing march towards reducing the invasiveness of procedures, that’s a movement. We have a whole culture that’s built on asking about every single patient, is there a less invasive way to treat this person?” 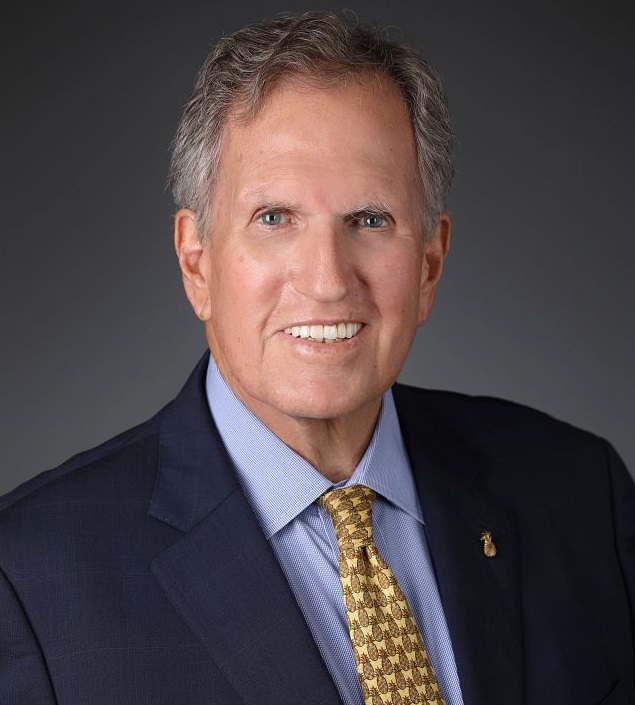 The two original procedure rooms opened on October 1, 1987. Interventional cardiology was in its infancy. Over the years, buoyed by success, the Institute expanded significantly — first with small steps, like the addition of a peripheral vascular lab the next year that brought different disciplines together.

That soon was followed by a cardiac catheterization room, which brought cardiologists into the fold. A new building opened in 1993, drawing medical experts from around the country who wanted to witness this new model in patient care that had specialists working side-by-side.

An expansion of the building in 2001 transformed the Institute into a broader clinical enterprise on the Baptist Hospital campus. With the addition of 51 inpatient and 32 outpatient beds, the Institute was able to seamlessly integrate all aspects of procedures and patient care, allowing for close, door-to-door management of cases. Meanwhile, the addition of meeting space supported the Institute’s educational mission as it expanded its role as a laboratory for innovative care.

In 2017, the Institute underwent a $120 million renovation and expansion to maximize multidisciplinary collaboration and new approaches to cardiovascular care.

“We designed this expansion to change the future of medicine, to be in the position to care for health problems we haven’t even encountered yet,” Dr. Katzen said. “We used what we learned over the years to create the optimal environment for developing and delivering the best minimally invasive treatments.”

As the Institute grew, so did Baptist Health. One of the Institute’s goals in recent years has been to ensure the same consistently high-level medical expertise at all of Baptist Health’s facilities in Miami-Dade and Monroe counties, so patients can count on the best of care wherever they go.

“If you come into any of our hospitals or urgent care centers with chest pain, we have a clinical pathway everybody follows to make sure every patient is treated the same way,” explains Carol Melvin, the Institute’s Chief Operating Officer. “The credentials and criteria for physicians are standardized across all the hospitals down south. Every single aspect of the Institute is standardized — job descriptions, clinical ladders, policies and procedures — everything. To achieve that is quite a feat.”

Pushing the Bounds of Medicine

The breadth and depth of the Institute’s innovations have put it at the forefront of new techniques to prevent and treat aneurysms, heart attacks, blood clots, valve diseases, circulation problems, and many different cancers.

“The solutions and treatments we developed here over the past 35 years have had a meaningful impact on countless lives,” Dr. Katzen says.

It’s a rare opportunity for patients in a community hospital to have access to the latest, continuously evolving technological and medical advances supported by research. From the start, that approach has defined the mission of Miami Cardiac & Vascular Institute, giving patients in South Florida access to care years ahead of when it is available elsewhere.

In 1989, for example, the Institute was one of a handful of research sites to pioneer the use of stents — tiny, narrow expandable tubes of stainless steel. Doctors placed these stents in clogged iliac arteries in the legs during angioplasty to keep the artery open permanently. By the time the Food and Drug Administration formally approved the stents in 1991, Institute physicians had already performed more than 100 of these procedures.

“This was the first permanent device used to treat vascular disease,” says Dr. Katzen, one of the authors of the landmark academic paper detailing research outcomes on the devices. Today, more than a million people get stents inserted each year in the United States.

In 1990, the Institute played another impressive role in the research arena — it performed the first transjugular intrahepatic portosystemic shunt (TIPS) in the United States to treat complications of severe liver disease. The Institute became part of the FDA’s first investigative protocol on TIPS. Considered a game-changer, it opened the door for more endovascular procedures that could replace open surgery.

Advances That Have Changed Lives

The success of clinical trials have prompted more research and innovations throughout the years, far too many to list here. A few recent examples:

• Under the guidance of interventional cardiologist Ramon Quesada, M.D., medical director of Structural Heart and Complex Percutaneous Coronary Intervention programs, the Institute recently became the first medical center in Florida to use a new system to create a small surgical passage through the atrial septum — the wall between the right and left atrium of the heart. This innovation is designed to provide safer and more predictable outcomes during vital structural heart procedures.

• Joseph McGinn Jr., M.D., the Institute’s chief of cardiac surgery, continues to attract worldwide attention for his minimally invasive coronary bypass surgery, which eliminates the need to cut open a patient’s chest or stop the heart during bypass surgery, greatly reducing pain and recovery time. Known as the McGinn Technique, the innovative surgery is currently performed routinely in only a handful of American hospitals, but is headed to becoming tomorrow’s standard of care.

• Pivotal advances in treating or replacing heart valves, many of them initiated as part of clinical trials, have been performed at the Institute for years, and they continue at a steady pace. For example, the Institute was the first in Florida, and the first in the Atlantic Southeast, to perform a so-called LIVE (Less Invasive Ventricular Enhancement), a minimally invasive procedure that “reshapes” the heart by reducing the size of the left ventricle, allowing a seriously ill patient to approach normal functionality.

• The Institute is the only center in Florida taking part in a clinical trial that uses a new device to relieve painful circulatory problems in the legs. The VenoValve is surgically implanted into the femoral vein in the thigh to act as a one-way valve to help restore proper blood flow.

• Miami Cardiac & Vascular Institute is also one of the first medical centers in the country to implement a new technology — super-saturated oxygen (SSO2) therapy — which can help save the lives of those who suffer a so-called “widow-maker” heart attack. SSO2 therapy delivers hyperbaric levels of oxygen directly to the heart via a catheter to help prevent damage to the heart muscle.

“Everything we do is based on the original pillars that we defined early on, which were innovation, high quality care, clinical research, and the commitment to minimally invasive therapies,” Dr. Katzen says.

The goal is to push the Institute into the next generation of treatments, while at the same time keeping the interests of individual patients at the forefront. “We have always been careful as investigators,” he says. “We want to try different things, but only if there is a direct benefit to patients.”

As the Institute prepares to mark its 35th anniversary, COO Carol Melvin, who has been there since the beginning, is proud of how far it has come. “The accomplishments we’ve had required a lot of people coming together. There is no way we would be where we are if it weren’t for a team approach,” she says.

Dr. Katzen agrees. “I think what we’re seeing, over 35 years, are the results of effective leadership and bringing teams together in a collaborative way. That has been the secret sauce.”

He says the future will bring innovations we can’t fathom yet — better understanding of the human body and how to prevent disease, new technology to save lives and help patients heal, implantable medical devices that can communicate with physicians.

“It’s a little strange, I have to say, for me to be looking back for the anniversary. I’m actually much more interested in where we’re going to be in five years than in where we came from,” says Dr. Katzen, who also serves as chief medical innovation officer for Baptist Health. “This is just the beginning.”