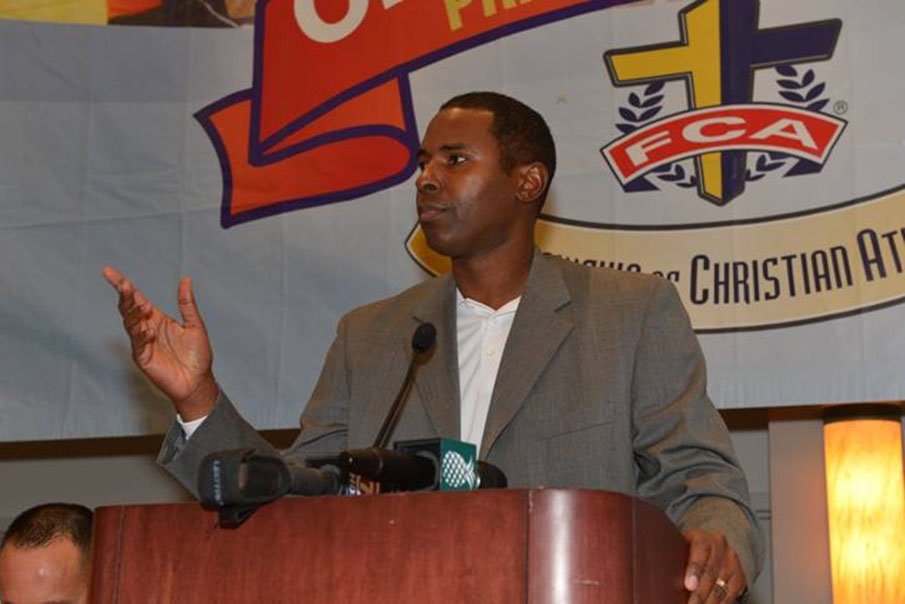 As the sun rose this morning over Biscayne Bay, players and coaches from Oklahoma and Clemson football teams gathered for the 45th annual Orange Bowl Prayer Breakfast at Jungle Island, hosted by Baptist Health South Florida. The two teams will meet again later this week for the 2015 College Football Playoff (CFP) Semifinal at the Capital One Orange Bowl at Sun Life Stadium, on Thursday, Dec. 31, at 4 p.m.

Every year, Orange Bowl festivities include the Prayer Breakfast. During the event, the Fellowship of Christian Athletes honors student-athletes, coaches and communities that are committed to making a difference in young people’s lives through faith and fellowship.

This year, featured speakers included Charlie Ward, the 1993 Heisman Trophy winner and two-sport standout at Florida State University as a quarterback in football and point guard in basketball. Mr. Ward (featured at the podium in the photo above) subsequently led the FSU Seminoles to their first-ever National Championship under legendary Coach Bobby Bowden. Though undrafted by the NFL in 1994, he became a first-round draft pick of the New York Knicks, helping them reach the playoffs for six straight years. Today, he holds the distinction of being the only Heisman winner to play in the NBA. 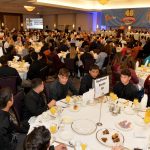 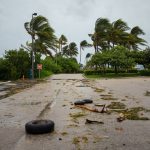