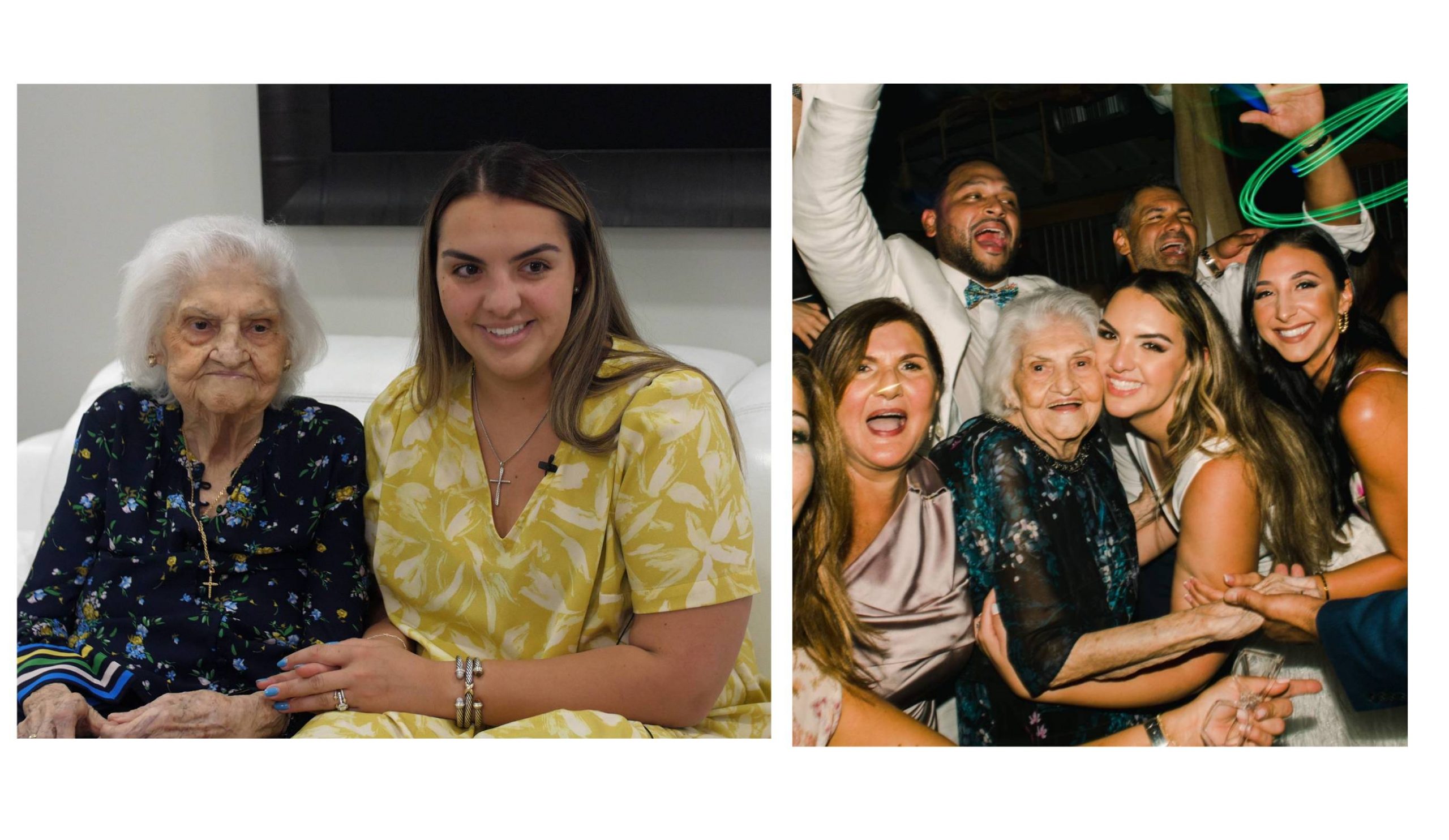 Nina Cruz smiles as she sits in her living room next to her grandmother, Benedicta Cruz, 91, who underwent a minimally invasive procedure at Miami Neuroscience Institute, part of Baptist Health, in January. Her grandmother was in severe pain from compression fractures in her spine due to osteoporosis.

But just a few days after her procedure, a pain-free and delighted Benedicta Cruz danced at her granddaughter’s wedding, much to the delight of her family and friends gathered at the reception.

(Watch now: Hear from Nina Cruz, her grandmother Benedicta, and Justin Sporrer, M.D., neurosurgeon at Miami Neuroscience Institute, as they recount the kyphoplasty procedure that enabled Benedicta, 91, to dance at her granddaughter’s wedding. Video by George Carvalho.)


“We were hoping and praying that the procedure would go well, and it did,” recalls Nina Cruz, who is Stroke Coordinator at Baptist Hospital and is very familiar with the work of her colleagues at the Institute. “So, it was very emotional for us … when we saw her dancing on the dance floor. It just brought us an immense amount of joy.”

Neurosurgeon Justin Sporrer, M.D., at Miami Neuroscience Institute, performed the so-called kyphoplasty procedure on Benedicta Cruz. Kyphoplasty takes about 10 minutes to perform with the patient under local anesthesia, he explains. Dr. Sporrer said he accesses the bone with a needle, and then inserts a small balloon to reestablish the height of the bone and make space for bone cement. He then injects bone cement into the bone to fortify it — and hopefully get rid of any pain.

“When Ms. (Benedicta) Cruz first came to us, she was admitted to the hospital with severe back pain,” recalls Dr. Sporrer. “And, unfortunately, she had a new compression fracture due to her osteoporosis. We had two goals in mind. Number one was to reduce pain. And number two: Restore some of the height of the vertebral body that was lost from the compression fracture.”

Understandably, Nina Cruz recounts being a bit anxious about the procedure – despite total confidence in Dr. Sporrer and his team.

“We both had a lot of nerves and worries about how she would come out, especially considering that it is the spine and her age being 91 years-old,” said Nina Cruz. “But when she came out (of the procedure) she was asking for her jewelry, her food — and she got up and walked, like if nothing. And I saw her back. I was expecting a large incision. And when she just had that little tiny puncture wound with a little bit of glue on it, we were just so amazed at the minimally invasive procedure.”

“Some people think that because she’s 91 years-old we should avoid a surgical procedure,” he said. “But this is done under local anesthesia and takes less than 10 minutes. So, in her case, I actually think this was the easier, faster option than wearing a big brace for six weeks, which can be very difficult for someone her age.”

The grandmother’s recovery is an ideal example of the safety and effectiveness of kyphoplasty.

“Mrs. Cruz is doing great,” says Dr. Sporrer. “I was lucky enough to run into her granddaughter and she showed me a video of her dancing at the wedding. That was very heartwarming and very satisfying.”

Benedicta Cruz smiles as she sits next to her granddaughter and says, “thank you very much,” to Dr. Sporrer and his team at the Institute. 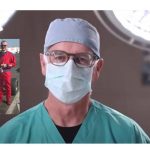