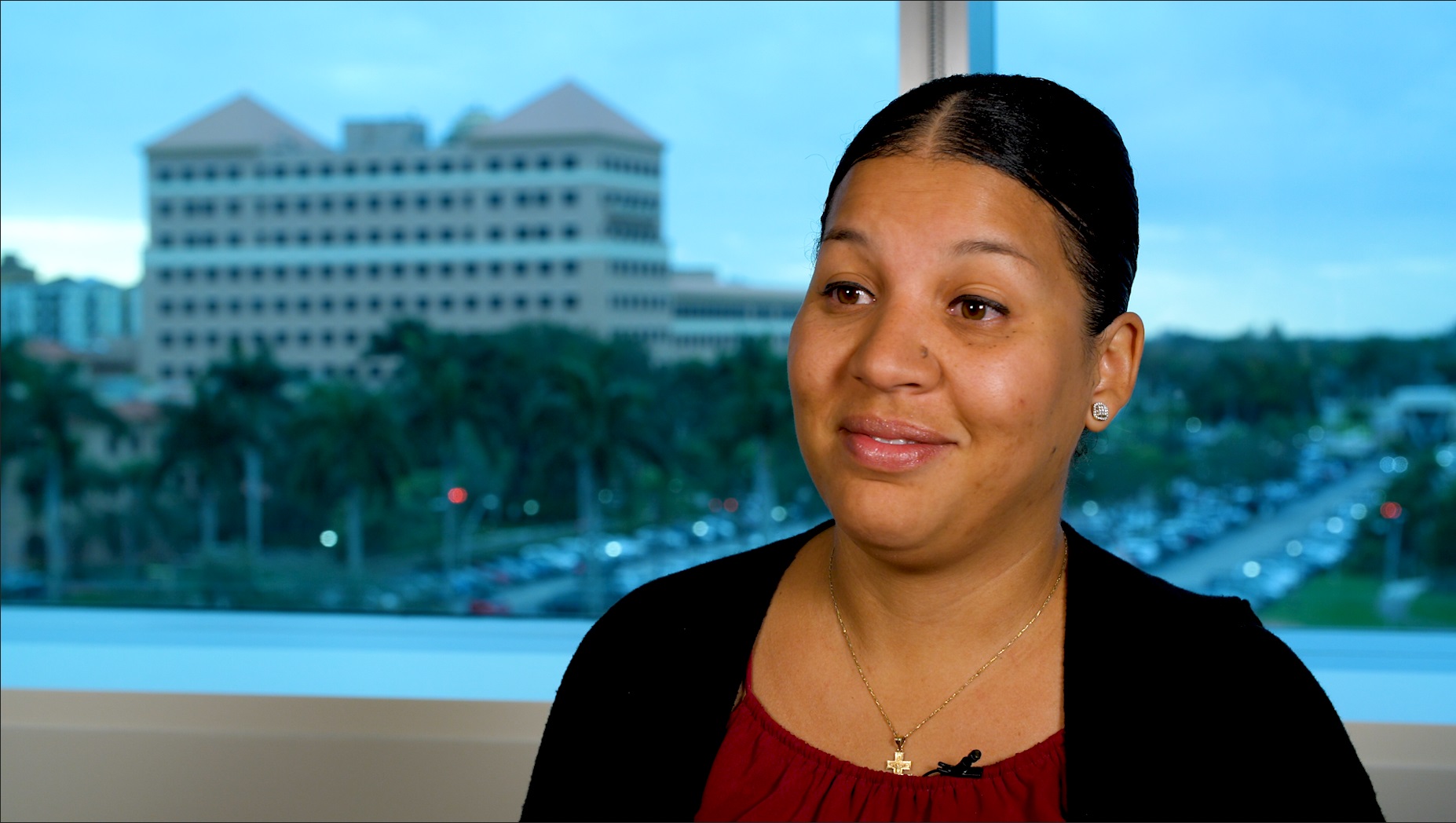 Stephany Goyla found out she had cervical cancer after her first-ever Pap smear at the age of 32. A self-described workaholic, Ms. Goyla admits she didn’t know anything about cervical cancer and had postponed seeing a doctor for screenings since moving to South Florida from the Caribbean island of Curacao.

Like manyU.S. adults, she didn’t realize that cervical cancer remains one of the mosthighly preventable diseases in the U.S. and that it tends to occur in young ormiddle-aged women. Also, more than 90 percent of cases are caused by the humanpapillomavirus (HPV), the most common sexually transmitted infection.

Cervicalcancer screenings, which help detect changes in the cells of the cervix,include cervical cytology (also called the Pap test or Pap smear) and, in newguidelines, testing for HPV.

“I usedto work a lot – I used to work 14-hour days, including Saturdays and Sundayssometimes,” says Ms. Goyla, who works as an accountant. “For the sixyears that I’ve lived in the United States, where we have really good doctors,I had not visited the doctor once. As for the cause of the cancer, which isHPV, I was never vaccinated when I was 15- or 16-years-old. As for my Pap (test),I had never done a Pap.”

“Shehad been seen by her gynecologist and then sent to one of our gynecologiconcologists,” explains Dr. Kalman. “In consultation with ourgynecologic treatment team, we decided that the best treatment for her was acombination of radiation therapy and chemotherapy.”

Like withother cases at the Institute, Ms. Goyla’s treatment options were presented at atumor board, a regular meeting where a group of specialists — surgeons,oncologists, radiologists, and others — jointly develops the best plan ofaction for each patient.

“Stephanywas an amazing patient,” says Dr. Kalman. “She had a great attitude.Now, after a number of months, she’s had new imaging scans that have shownthere is no evidence of disease and … she is doing very well.”

Ms. Goyla isvery grateful to the Institute’s team of experts and support staff.

“It was only located in my cervix area, so I was very happy,” says Ms. Goyla. “Throughout this entire journey, I’m praying every day that I’m strong and that I could get through my next appointment. I felt positive throughout the entire process (at) Miami Cancer Institute. I was surrounded by people who had a positive attitude and made me feel better.”