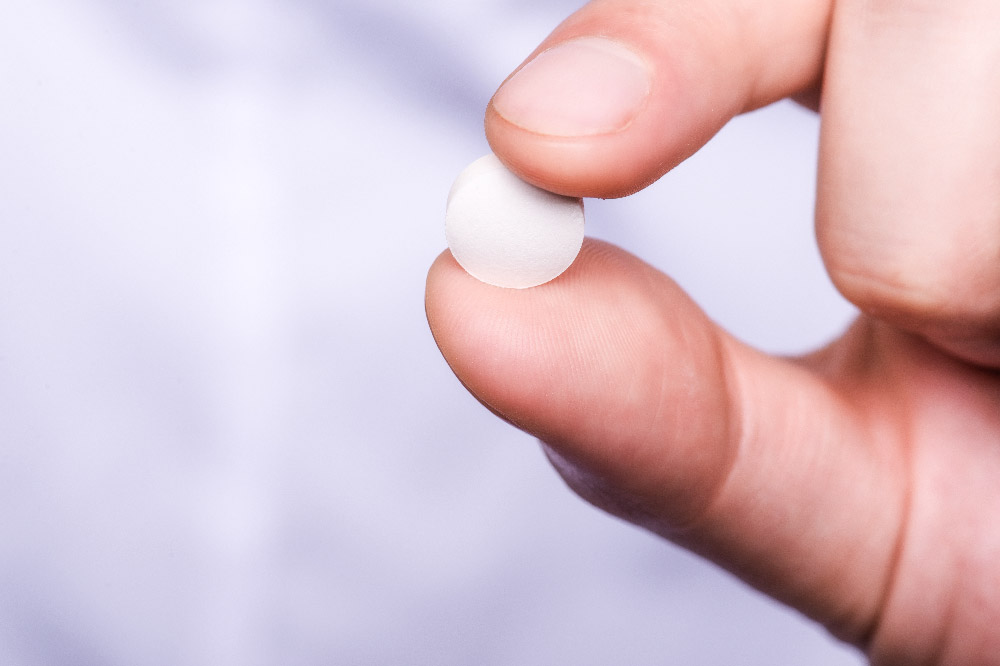 Can a doctor-supervised regimen of low-dose aspirin lower your risk of dying from cancer? New data based on a long-term study finds that, for certain cancer patients, a regular dose of aspirin could save their lives.

In some cases, the results were striking. The most significant decrease in death rates was seen in colorectal cancer patients who took aspirin regularly – about a 30 percent lower risk of death for men and a 31 percent lower risk for women, according to lead researcher Yin Cao, an instructor in the Medicine, Clinical and Translational Epidemiology Unit at Massachusetts General Hospital and Harvard Medical School.

Decreases in death rates were also noted among women with breast cancer, 11 percent, and men with prostate cancer, 23 percent. The study also found a drop in death rates among lung cancer patients who took aspirin.

Risks of Regular Aspirin Use
Aspirin therapy already has a well-established association with heart health. Many people take a low dose of aspirin every day, as recommended by their doctors, to lower their risk of a further heart attack or stroke, or if they have been diagnosed with heart disease and pose a high risk for either event. While the anticipated benefit is a lower chance of vascular disease, taking daily aspirin is not without danger. The blood-thinning effect of aspirin can present a risk of internal bleeding for some patients.

“I do not recommend everyone take an aspirin a day without their doctor’s approval,” said Grace Wang, M.D., an oncologist with Miami Cancer Institute. “Daily aspirin can increase your risk of gastrointestinal bleeding, so it is best to be under a physician’s supervision.”

Researchers have been looking at the potential cancer-fighting properties of an aspirin regimen for years. Other studies have shown that long-term aspirin use can lower the risk of dying from cancer.

Although encouraged by his data’s results, Cao also strikes a cautionary note. “Evidence has been accumulating very rapidly showing aspirin works in reducing cancer and cardiovascular disease mortality,” Cao tells CNN. “It is good to remember, though, if a person wants to take a low-dose aspirin, especially if a person has had cancer, they will want to have an initial conversation with their doctor first.”

Low-Dose Aspirin and Colorectal Cancer
Nonetheless, results from some of these aspirin vs. cancer studies formed the basis for guidance released in April 2016 by an influential U.S. advisory panel on disease prevention, the U.S. Preventive Services Task Force (USPSTF). The panel recommended that, for some people, low-dose aspirin can be used to help reduce their risk of both cardiovascular disease and colorectal cancer. The USPSTF guidance singles out a group that is likely to benefit with the least risk: People 50 to 59 years old who are at increased risk of cardiovascular disease.

Aspirin shouldn’t be seen as a preventive measure against cancer, says Dr. Wang. A healthy lifestyle is the best preventive practice when it comes to heart disease, cancer and other chronic diseases.

“I suggest that to reduce your risk of being diagnosed with cancer, it is best for you to eat a healthy diet, maintain a normal weight, exercise, limit your alcohol consumption and – most of all – quit smoking,” Dr. Wang says.