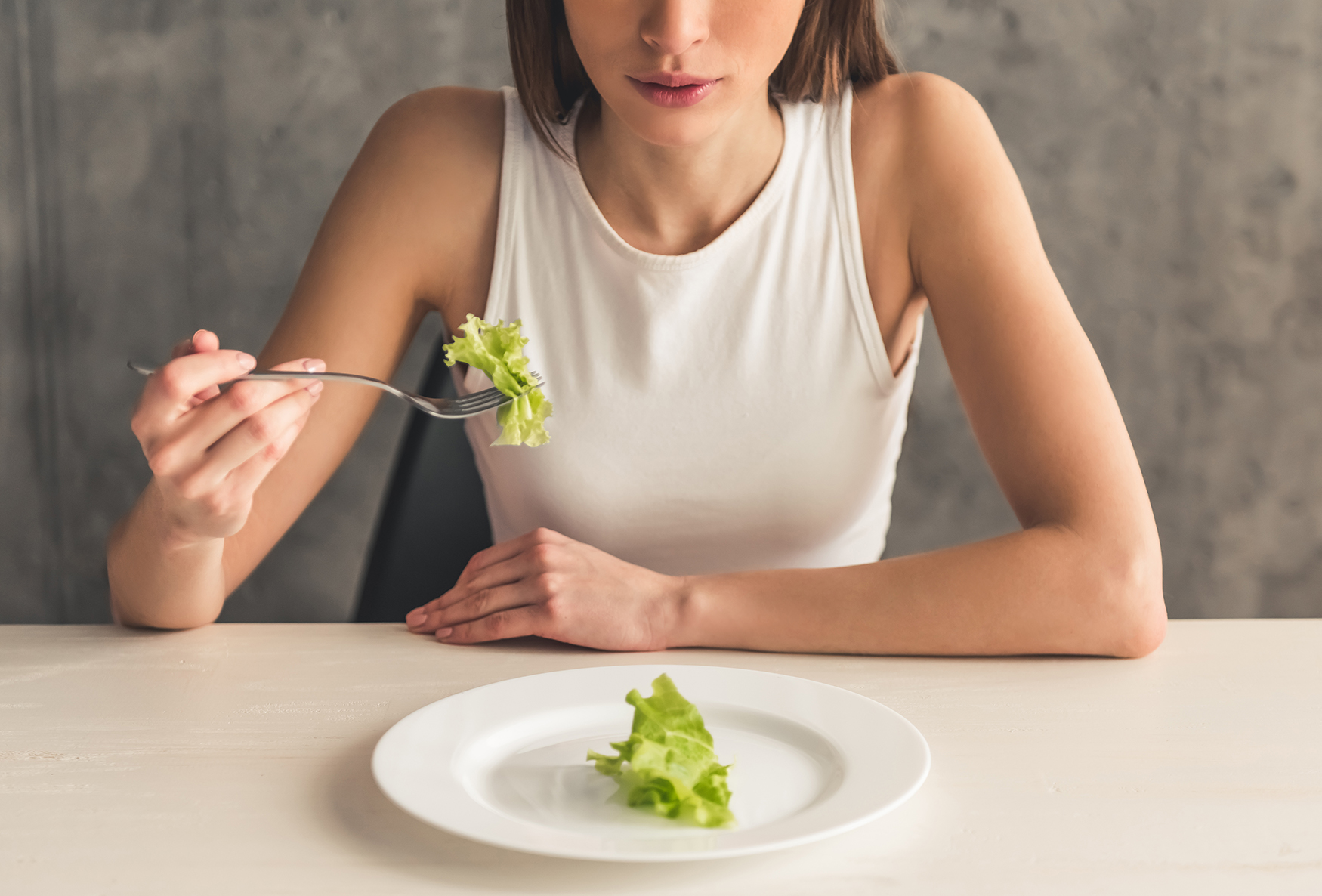 Ask the Psychiatrist: When Do Eating Habits Become a Disorder?

People’s relationship with food can be complicated. So much of what you eat – and how you eat – is tied to your emotions, experts say, and rooted in deeply ingrained habits built up over a lifetime. Sometimes, however, eating habits can develop into disorders. When your relationship with food begins to interfere with your daily life or affect your health, that’s when it’s time to seek help.

“Eating disorders are very complex conditions that can range from something very treatable to something that is acute, chronic and may even lead to death,” says Rachel V.F. Rohaidy, M.D., a psychiatrist with Baptist Health Primary Care and medical director of The Recovery Village at Baptist Health. According to the National Eating Disorder Association (NEDA), 20 million women and 10 million men in the U.S. have eating disorders.

When Eating Behavior Become a Disorder

Any behavior that interferes with your daily life as a result of eating or substance abuse would be classified as a disorder, Dr. Rohaidy says. Eating disorders cover a large spectrum of behaviors, she says, and can include food restriction, binges, purges, vomiting, taking laxatives and overexercising.

There are several warning signs and symptoms that would indicate a person has an eating disorder, according to Dr. Rohaidy. These include:

To be diagnosed with either an eating disorder or a substance use disorder, Dr. Rohaidy says, a person must present with the symptoms that appear in the Diagnostic and Statistical Manual of Mental Health Disorders, Fifth Edition (DSM-5), which she calls “the bible” for mental health professionals. “Not everyone who has an eating issue ends up with an eating disorder,” she notes.

Dr. Rohaidy says that eating disorders can often be mistaken for something else. “Some conditions, such as hypothyroidism and hyperthyroidism, outwardly appear very much like depression and anxiety or an eating disorder,” she says. “Your primary care physician can see what’s going on medically. Then, once we know what’s happening, we can fix the emotions that are attached to it.”

Eating and substance use disorders are not related to sex or age, Dr. Rohaidy notes, and they can happen to anyone. “Adults, adolescents and kids are not exempt,” she says. “Teenage girls are especially vulnerable because they tend to be so obsessed with their physical appearance, and so much of their self-worth is wrapped up in the number of likes they get on social media.”

Other reasons for eating disorders could be that the person is a perfectionist and obsessive in their thinking, Dr. Rohaidy suggests. “Even though they’ve reached their goal and are now very fit, they may continue to exercise five to 10 hours a day,” she says. “It becomes an obsession that consumes their day. They’re unable to move on and focus on other aspects of their life — personal goals, important relationships or, of course, rest and relaxation.”

Eating disorders can rewire the brain

Dr. Rohaidy says there is compelling evidence that real-time changes occur in the brain that can make eating and substance use disorders a chronic disability, just like anxiety and depression.

When viewed with positron emission tomography, or a PET scan, the brains of people with substance use and eating disorders show marked changes in response to stimuli compared to those of people without the disorder, she says.

“If you show pictures of food to someone with an eating disorder, or cocaine to someone with a substance use disorder, and look at a PET scan of their brain, you see their nucleus accumbens light up.” This, Dr. Rohaidy says, is the part of the brain responsible for joy, pleasure and gratification, and it governs our motivational states and addictive behavior.

“The stimuli trigger an almost-instant increase in dopamine and serotonin, the chemical messengers that regulate sleep, memory, emotional well-being, mood and emotions,” explains Dr. Rohaidy. It’s a powerful reinforcement, she says, and one that can make eating or substance abuse disorders difficult to treat not only for physicians but also for mental health professionals.

Treating the patient with many different modalities is important, Dr. Rohaidy says. “As a practitioner, I believe in positive psychiatry, which treats the whole patient,” she says. “I educate them about what is happening in their body, I teach them how to cope in healthier ways, and I help them focus on improving their relationships with others.” Group therapy is the gold standard for treatment for eating and substance abuse disorders, she adds. “It has proven to be very healing because as a patient, you’re not alone.”

Many medical resources may be required to identify and treat an eating disorder, according to Dr. Rohaidy, who says many patients are referred to her by primary care physicians.

“There may be vitamin deficiencies, gastric issues and other risk factors like depression, heart disease and diabetes, she notes. “There may also be a genetic component, family history, or a known or undiagnosed medical condition.” And sometimes, she says, there is an umbrella of anxiety disorders that occur, like Obsessive Compulsive Disorder (OCD).

“In turn, I push my patients to see their primary care physicians,” says Dr. Rohaidy. A person with an eating disorder may also have real physical damage to the body, she warns. “They may have damage to their heart, organs and gastrointestinal system, as well as thinning hair and brittle bones and nails.” Infertility is also a major problem for eating disorder patients, she adds.

It takes a village

“If you look at eating and substance use disorders, they have similar patterns and anxieties,” Dr. Rohaidy says. “Sometimes, it takes a village to properly treat these patients – primary care, psychiatry, gastroenterology, group therapy and group work and individual work as well.”

But help is there if you need it, Dr. Rohaidy reminds people. “Substance abuse and eating disorders aren’t discussed nearly enough but there are a lot of resources out there,” she says. “If you think you need help, I urge you to reach out and seek a consultation with a mental health professional.”