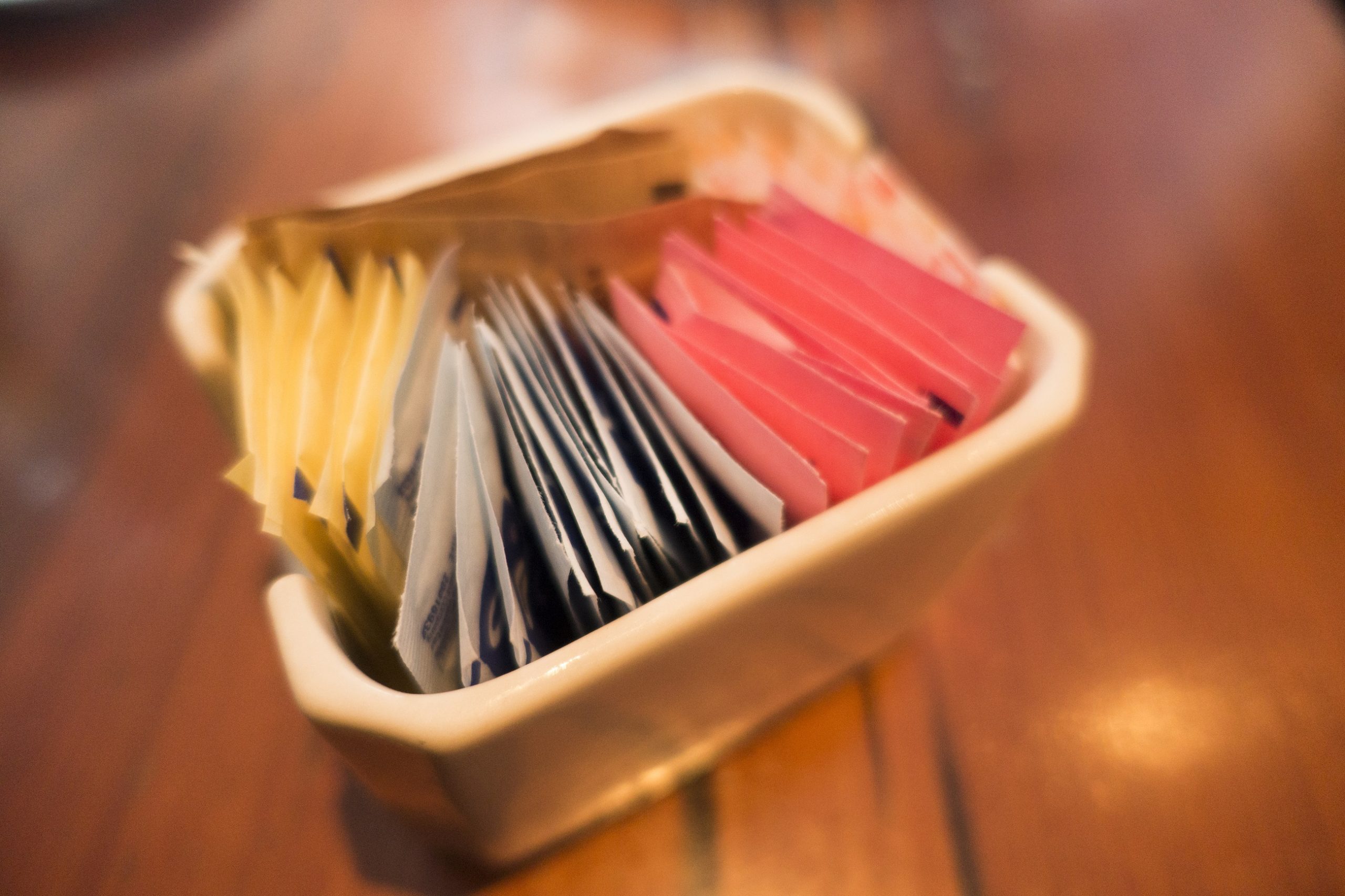 It is generally a good idea to monitor and reduce the amount of artificial sweeteners in the diet because these sugar substitutes can cause more cravings for unhealthy sweet foods. Moreover, previous and ongoing studies have suggested links between regular consumption of artificial sweeteners to weight gain, metabolic disorders, type-2 diabetes, alteration of gut bacteria and even a higher risk of stroke and dementia.

“There are studies that have shown that when people use artificial sweeteners, compared to those that use sugar, there is not a decrease in cardiovascular events,” explains Jonathan Fialkow, M.D., deputy medical director and chief of cardiology at Miami Cardiac & Vascular Institute. “In fact, there might be an increase. And specifically, we’re talking about heart attacks and strokes. How is it affecting our metabolism that may increase the risk of inflammation and all the other things that drive the chronic disease? It seems pretty clear that artificial sweeteners do affect the bacteria in our gut.”

The Role of Gut Bacteria

The gut’s microbial system plays a key role in human metabolism, and artificial sweeteners can have a negative impact, such as inducing “glucose intolerance” — which refers to a group of metabolic conditions that can result in higher-than-normal blood sugar levels. Impaired glucose tolerance is tied to “prediabetes” — a condition found in an estimated one in four Americans. Prediabetes is diagnosed when blood sugar (glucose) levels are higher than normal, but not in the diabetes range. However, if the condition is left untreated, it can lead to a diagnosis of type 2 diabetes.

The Link to Higher Risks of Dementia, Stroke

Dr. Lorenzo cited a major epidemiologic study that examined the link between artificial sweeteners and neurological disorders over a period of years, particularly dementia and stroke. The study’s results were reported in 2017. Over 17 years, researchers followed more than 2,800 patients — participants that were older than 45 years of age. They also looked at an older population, about 1,500 patients that were older than 65 years of age. Researchers had them fill out a questionnaire over three different time periods to assess how much artificial sweetener they were using.

“They followed these patients over 17 years to see if they developed conditions such as allergic disorders, dementia or stroke,” explains Dr. Lorenzo. “And what was found in the study was that if people used at least one artificially sweetened beverage daily, they had a three-fold risk of developing dementia or stroke, compared to those who didn’t. And this was a very well-designed study. So, we definitely have evidence that this is a problem with the artificial sweeteners.”

The most commonly used artificial sweeteners include aspartame, sucralose, saccharine, and neotame. All of these products have been approved by the U.S. Food and Drug Administration (FDA) and are marketed under more commonly known names such as Equal and Splenda. Sugar alcohols are another class of sweeteners that are used sugar substitutes. Examples of sugar alcohols include mannitol, sorbitol, and xylitol. And there’s also Stevia, which is a natural sweetener, but it behaves like the non-caloric sweetener because it doesn’t have calories, explains Ms. Duenas, a registered dietitian.

Ms. Duenas recommends that all consumers read the nutrition labels of packaged foods to determine exactly what artificial sweetener you’re getting, in addition to natural sugars.

“It’s important to read the nutrition label because some of the products that we regularly use may have a mix of artificial sweeteners and natural sugar,” said Ms. Duenas. “For example, Stevia, may also have natural sugars, or a produce may also have sugar alcohols that bring the caloric intake down — but they still have an effect on your weight and on your blood glucose. Especially if you have diabetes, it’s important that you’re looking at the ingredients list on every single product because companies will use a mix of these to lower the caloric amount or the sugar amount.”

A major factor associated with sugar substitutes is that “empty calorie” effect. Essentially, this refers to the unfulfilling impact these artificial sweeteners have on the body’s metabolic mechanism.

“When our bodies are about to take in something sweet, we actually release certain hormones in preparation for taking in something sweet to help metabolize it,” explains Dr. Fialkow. “So, if you think you’re getting something sweet, and then you release these hormones and you don’t get anything that really has any caloric intake, it actually may make you hungrier. And that’s one of the things we see as well — that people who use artificial sweeteners actually might have higher cravings and hunger for other foods.”