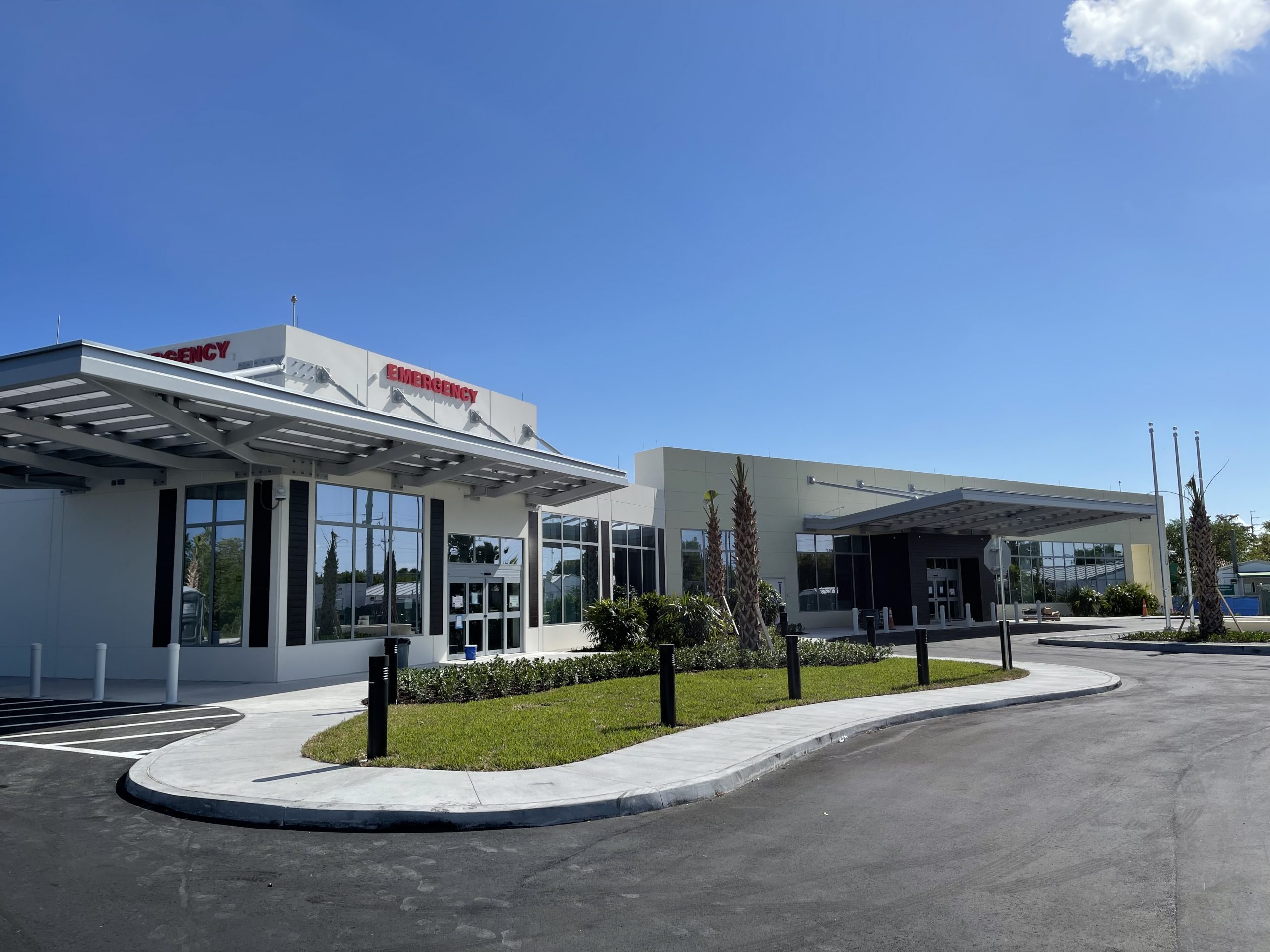 The new structure replaces the original Fishermen’s, which was severely damaged by Hurricane Irma in 2017. Beyond repair, the nearly 60-year-old building was never able to reopen after the storm and was demolished to make way for the state-of-the-art facility.

Expected to open this summer, the new building is mostly complete and is being outfitted with new equipment and furniture. Meanwhile, patients continue to be treated in the temporary modular hospital that was constructed on the site so that residents and visitors could have access to high-quality healthcare without traveling at least an hour north to Mariners Hospital in Tavernier.

“This new facility will allow Fishermen’s Community Hospital to remain a cornerstone of the Marathon area, which has endured so much upheaval,” says Mr. Grossman.

The modern facility for Fishermen’s is the first new Critical Access Hospital to be built in South Florida in more than twenty years. All over the country, small rural hospitals are closing due to financial constraints. But that was never a consideration for Fishermen’s. “When we took over that hospital, Baptist Health made a commitment,” says Jay Hershoff, chair of the hospital’s Board of Directors. “We gave our word. This was not something we were going back on.”

The new facility includes an updated Emergency Center with on-site helipad; inpatient and intensive care units, observation rooms, outpatient laboratory, imaging services such as ultrasound, mammography and CT scans. Additional services, including oncology care, surgery and endoscopy, will be available at a later date. And telestroke services are available to give stroke patients 24/7 emergency access to Board-certified neurologists.

Baptist Health designed the structure to surpass building code requirements, with the ability to withstand wind speeds of a Category 5 hurricane. Safety features include an exterior shell of cast-in-place concrete walls for building hardening, a concrete slab over the roof deck to provide a more solid structure and better wind resistance, and pilings socketed into the rock at the corners of the building that exceed those required by the City of Marathon.

In addition, the hospital’s ground floor slab was built to exceed the required flood zone elevation by three feet, and flood panels will protect all ground-level windows and doors.

“Baptist Health went above and beyond to decrease the risk of damage from future storms that could disrupt Fishermen’s operations,” says Bo Boulenger, executive vice president and chief operating officer of Baptist Health. “Our goal is to provide services to the public immediately following an emergency event.”

Baptist Health purchased Fishermen’s Community Hospital only weeks before Irma hit, destroying or damaging more than 4,000 homes between Cudjoe Key and Marathon. Despite extraordinarily difficult conditions, Fishermen’s resumed medical services 16 days after the storm in a field hospital of tents and trailers erected in the parking lot. Work soon began on a temporary modular hospital on site, which opened about a year later and has served the community’s needs since. Once the permanent building opens, the modular hospital will be removed.

“I’m inspired by how heroic this hospital’s staff was, setting aside their own hardships to care for the community. I will proudly stand beside them at the new building’s grand opening,” says Mr. Grossman. “I’m excited to be part of this hospital’s future and everything it means to this community.”

The Fishermen’s staff’s dedication captured the hearts of local residents who came together to support plans for the new building, raising more than $15 million in donations. Many considered saving the hospital an investment in the area’s future. Fundraising continues through Baptist Health Foundation for additional improvements, including preliminary plans to construct a medical arts building for much-needed physician offices.

“It is really about the people in Marathon and the people in the surrounding keys, whether it is Duck Key or Key Colony Beach,” Mr. Grossman says. “I want people to feel like, ‘That’s my hospital. I love the nurses, I love the techs, I love the physicians.’ I want them to be proud of this hospital.”

The new facility’s opening is a huge milestone for employees as well as residents as they “embrace the pineapple,” Baptist Health’s logo and a traditional symbol of welcome.

“We’re proud to be part of the Baptist Health family,” says Candy Fincke, a Marathon native and vice president of professional services for both Fishermen’s and Mariners. “People here want what the pineapple represents — quality care, excellent facilities, dedicated and knowledgeable medical personnel — really, the best of everything.”

For facilities supervisor Mike Mathias, who has worked at Fishermen’s since 1970, watching the original building be demolished brought on waves of nostalgia. But he is excited about the new structure and all it represents. “When Baptist Health said they would build a new hospital, it gave me hope,” he says. “That’s not just a building — that’s the future.”

Mr. Mathias has been inside the new facility many times during construction and is impressed. “I think the new hospital is the best thing for this community,” he says. “I’m anxious for it to open and to see what the rest of the employees think when they see the inside. Everything is state-of-the-art. It will be able to serve the community better.”

Germaine Shannon, R.N., patient care supervisor for Fishermen’s, shares Mr. Mathias’ enthusiasm and has watched with great anticipation as the new hospital gets closer to its planned opening this summer. “It looks so nice. It’s going to be great,” she says. “It’s all I talk about. I try to spread good vibes about it everywhere I go.”

Ms. Shannon says the new hospital represents safety and security for residents of the Middle Keys. It’s important, she says, to “know you have what you need nearby in case of an emergency, and that it is being provided by the people in your own community.” The new facility also demonstrates Baptist Health’s commitment to the Keys. “We’ve shown that as a healthcare organization, we are committed and contributing to the area,” Ms. Shannon says. “We’re here to stay.”

According to Ms. Fincke, Fishermen’s has always been a central part of the community. It opened in 1962 after residents decided to take their fate into their own hands and raise money for a local hospital rather than travel to Key West in emergencies. Ms. Fincke has a copy of the program from the original groundbreaking — the building and equipment cost $650,000, a pretty penny at the time.

After Irma wreaked destruction on the Middle Keys in 2017, the community came together once again, hosting fundraisers and making enough donations to cover about $15 million of the $43.7 million rebuilding cost.

“This is a true community hospital. It was created by the community, for the community,” Ms. Fincke says. “They raised the money to open it then, and they did it again.” She is comforted to know that rubble from the original structure was used as fill to raise up the new building and reduce the threat of future flooding. “From the ashes rises the phoenix,” she says. “We can truly say we have a good foundation here.” 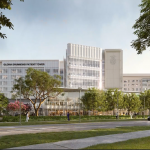 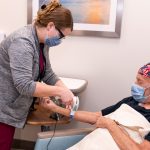 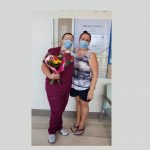