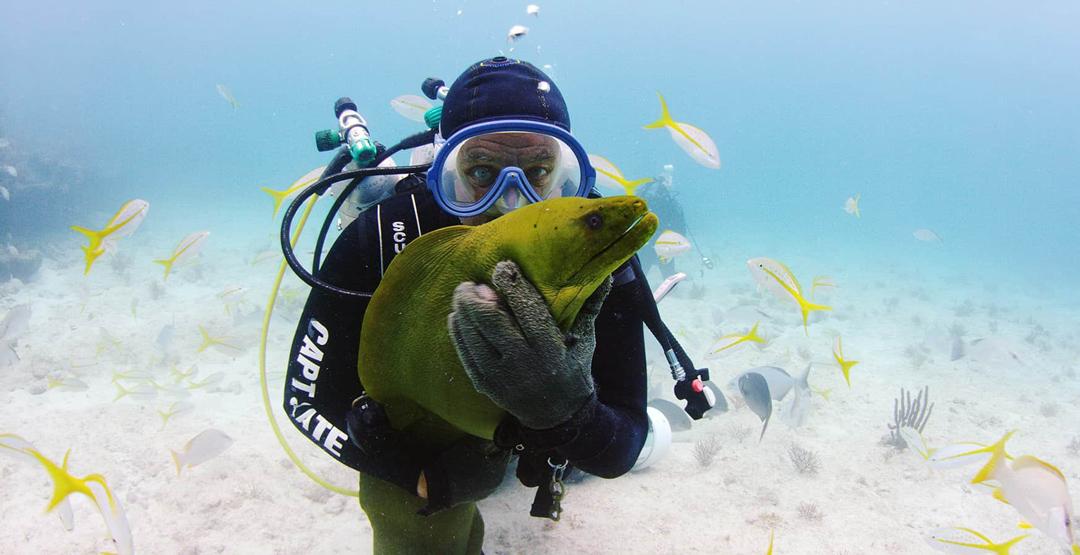 Capt. Spencer Slate, the skipper of his own scuba diving boats in Key Largo, was always active in sports while growing up in North Carolina. In college, he was on the crew team, which he recalls as a “big push on your ankles because your feet are strapped down and you’re pushing a big oar.”

All the years of being on rocking or unsteady boats took their toll on his ankles — so much so that his right ankle had formed many bone spurs and it became very painful to walk. Mr. Slate decided that he didn’t want to give up diving, and that’s when he reached out for a surgical solution. 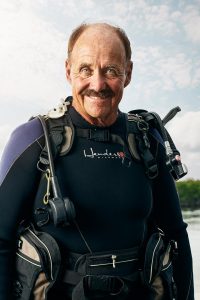 After visiting the local orthopedic physician in Key Largo, Mr. Slate was referred to Thomas San Giovanni, M.D., a foot and ankle specialist with the Miami Orthopedics & Sports Medicine Institute (the Institute has resumed elective surgeries and procedures).  After meeting with Dr. San Giovanni, who calmed his fears about ankle surgery, he decided that going through with an ankle replacement was the way to go.

According to Dr. San Giovanni, there are several different options for ankle surgery, one of which is an ankle fusion, which is when the bones of the ankle are fused together to essentially create one bone.  In the past, this was the traditional way of treating ankle arthritis.

However, with the current advancements in technology, there are more options for performing an ankle replacement, known as an ankle arthroplasty.  When considering one versus the other, the physician and patient must both agree on what level of activity the patient is trying to achieve.

In Mr. Slate’s case, since he is still scuba diving and captains his own diving boats, keeping his ankle joint mobile was the best option. Mr. Slate has lived a very active lifestyle since moving to Florida in the 1970s and serving as the YMCA’s worldwide scuba training director for 17 years. By the end of the 1970s, he moved from Jacksonville to Key Largo to continue diving and open his own dive shop, Captain Slate’s Scuba Adventures. He has been there ever since.

In the two years since his surgery, Dr. San Giovanni remarks, “Capt. Slate is doing great. His X-Rays are looking great; his mobility has been maintained, and he’s back doing what he wants to do. In fact, Mr. Slate said he can hardly remember which ankle he had the surgery on. He’s doing so well.”

As Mr. Slate says, “Thank you for repairing my right flipper.”

During this time, Miami Orthopedics & Sports Medicine Institute physician offices remain open and the Institute has resumed elective surgeries and procedures. At all facilities, Baptist Health has incorporated enhanced safety measures to prevent the spread of infection and protect our employees and patients. Click here for more information on patient and visitor safety.