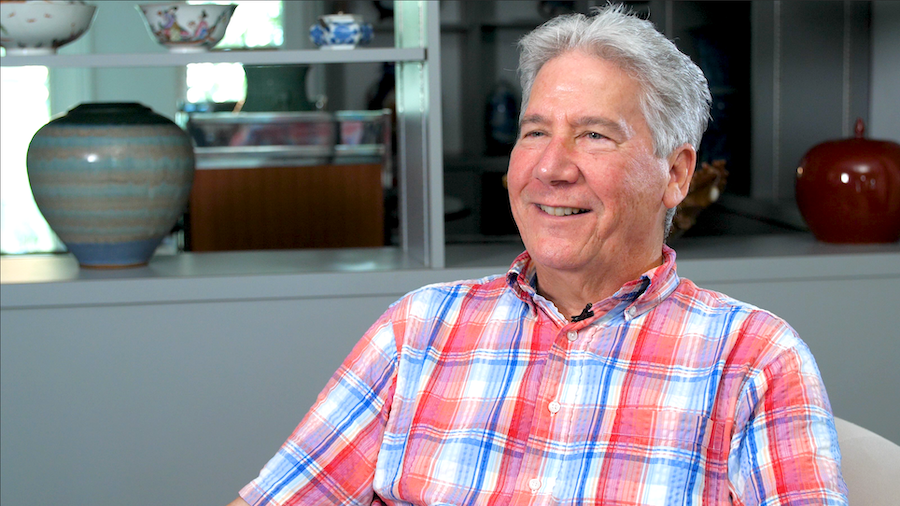 Brian Dursum is a man who takes things in stride – a qualitythat comes from years of traveling the world and a successful 40-year career inhigher education.

So when the now-retired 71-year-old Coral Gables resident andbon vivant globetrotter was diagnosed with prostatecancer in late 2017, he thought to himself, “Well, okay, we need to dosomething about this.”

Mr. Dursum’s primary care doctor had noticed an increase inhis PSA levelsover time and referred him to a urologist for further tests. The urologistthought his elevated PSA levels might be a sign of a urinary tract infection(UTI) and prescribed some medications. Yet Mr. Dursum’s PSA number continued toclimb.

“Nobody wants to have cancer – it’s a scary word. My fatherhad throat cancer and I watched him die at 56 from cancer of the kidney andliver,” Mr. Dursum said. “But medicine has advanced so much in the past 15years, with all sorts of new surgical techniques and medications. I wasconfident I was going to be okay.”

Mr. Dursum was referred to MurugesanManoharan, M.D., Chief of Urologic Oncology Surgery at Miami Cancer Institute,part of Baptist Health South Florida. Further tests confirmed cancer on theperiphery of Mr. Dursum’s prostate, where it meets the bladder. Fortunately, ithad not spread; prostate cancer has a high propensity for metastasizing toother areas of the body – especially the bones, where it can be even moredifficult to treat, according to Dr. Manoharan.

Because Mr. Dursum was otherwise healthy and fit, and could reasonablybe expected to live well into his eighties, Dr. Manoharan recommended againstradiation therapy.

“If for some reason his cancer was to reoccur, we wouldn’tbe able to use radiation on the same area later on,” Dr. Manoharan explained. Instead,he recommended robotic radical prostatectomy, a minimally invasive procedurethat removes the entire prostate gland while preserving sexual function.

from smaller incisions, less bleeding, shorter hospitalstays and faster recoveries. Most patients, in fact, leave the hospital thenext day and are able to return to work within a couple of weeks.

Mr. Dursum evaluated his options and decided to go with Dr.Manoharan’s recommendation. His surgery took place in February 2018.

“Even though my only previous surgery was for a hernia fiveyears ago, I wasn’t scared or worried at all,” Mr. Dursum said. “My bloodpressure just before being wheeled in for prostate surgery was completelynormal.”

His surgery went well, and both doctor and patient werepleased with the results.

“Mr. Dursum had an excellent outcome,” Dr. Manoharan said.“Four separate PSA tests over the past year have shown that his cancer did notspread anywhere else. We’ll continue to monitor him every six months, but I’mvery humbled and happy to say he is cancer-free.”

Mr. Dursum said he feels great. Just a few months after hissurgery, he was already back to pursuing his twin passions of travel and wine –first with a trip to Spain and then later to South Africa. This November he’llbe traveling to New Zealand, followed by a trip to Germany for the holidays.

“I have to thank Miami Cancer Institute – I had such apositive experience there,” Mr. Dursum said. “It’s such a beautiful building,too. Whoever designed it clearly worked with the doctors and staff tounderstand what they needed in order to make their patients feel comfortable.”